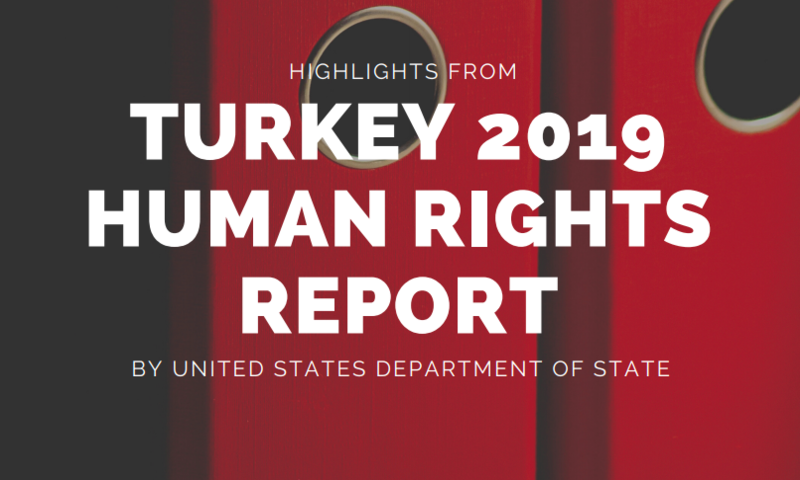 Your ticket for the: HIGHLIGHTS FROM TURKEY 2019 HUMAN RIGHTS REPORT BY UNITED STATES DEPARTMENT OF STATE