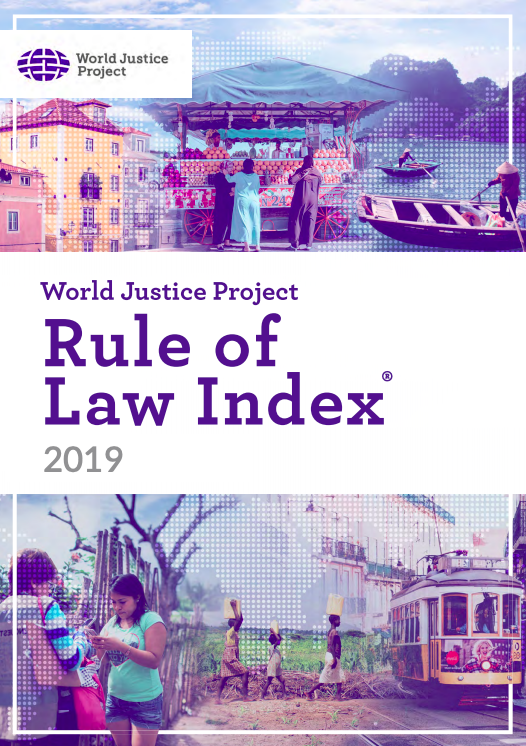 The World Justice Project (WJP) Rule of Law Index® 2019 is the latest report in an annual series measuring the rule of law based on the experiences and perceptions of the general public and in-country experts worldwide.
Turkey is in the 109th position out of 126 countries in the World Justice Project’s 2018-19 Rule of Law Index. There has been widespread concern that fundamental rights and freedoms and the rule of law in Turkey have eroded since the state of emergency was announced in July 2016. Turkey was ranked in the bottom tercile in six of these eight areas. The two areas in which it achieved an average grade were the absence of corruption and criminal justice. Turkey’s record on fundamental rights, too, was near the bottom of the list, in 122nd position, one below China and one above Myanmar. Freedom of religion and freedom of expression achieved particularly dismal results in this category. Read More

Your ticket for the: World Justice Project Rule of Law Index 2017–2018