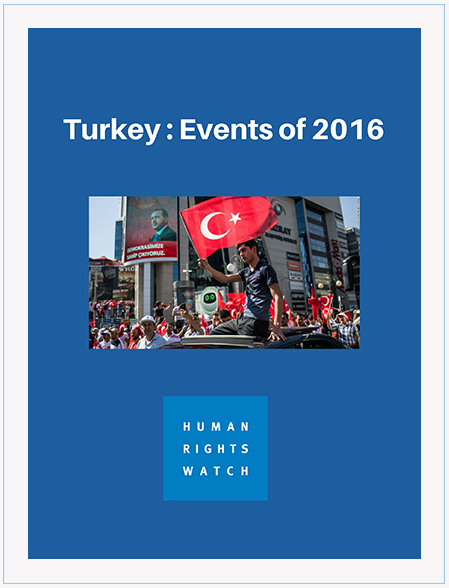 On July 15, 2016, elements of the military attempted to carry out a coup d’état against President Recep Tayyip Erdoğan and the Justice and Development Party (AKP) government. In the aftermath, the government declared a state of emergency, jailed thousands of soldiers and embarked on a wholesale purge of public officials, police, teachers, judges, and prosecutors. Most of those jailed, dismissed, or suspended were accused of being followers of the US-based cleric Fethullah Gülen. However, the crackdown also extended to the pro-Kurdish opposition party, with two leaders and other MPs arrested and placed in pretrial detention, along with many of its elected mayors, denying millions of voters their elected representatives. Read More