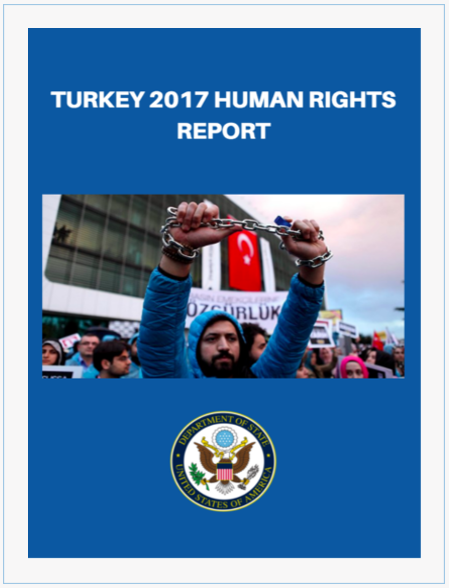 The most significant human rights issues included alleged torture of detainees in official custody; allegations of forced disappearance; arbitrary arrest and detention under the state of emergency of tens of thousands, including members of parliament and two Turkish-national employees of the U.S. Mission to Turkey, for alleged ties to terrorist groups or peaceful legitimate speech; executive interference with independence of the judiciary, affecting the right to a fair trial and due process; political prisoners, including numerous elected officials; severe restriction of freedoms of expression and media, including imprisonment of scores of journalists, closing media outlets, and criminalization of criticism of government Read More

Your ticket for the: Turkey 2017 Human Rights Report