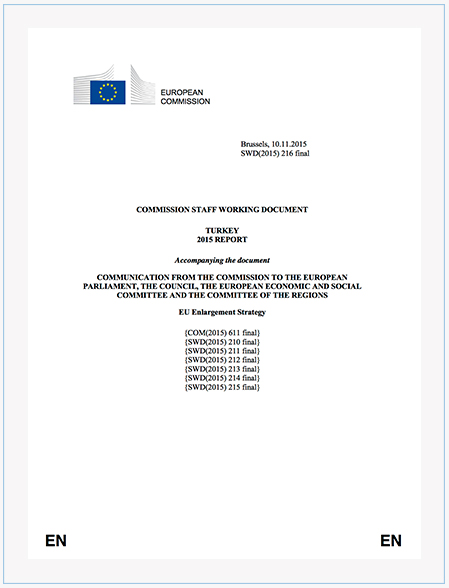 There was significant backsliding in the areas of freedom of expression and freedom of assembly. Legislation on internal security contradicts the measures outlined in the March 2014 action plan on the prevention of violations of the ECHR by granting broad discretionary powers to the law enforcement agencies without adequate oversight. After several years of progress on freedom of expression, serious backsliding was seen over the past two years, with some level of preparation in this field. While it had been possible to discuss some sensitive and controversial issues in a free environment, ongoing and new criminal cases against journalists, writers or social media users are of considerable concern. Changes to the Internet law, which are a significant setback from European standards, increased the government’s powers to block content without a court order on an unduly wide range of grounds. Read More

Your ticket for the: Turkey 2015 Report