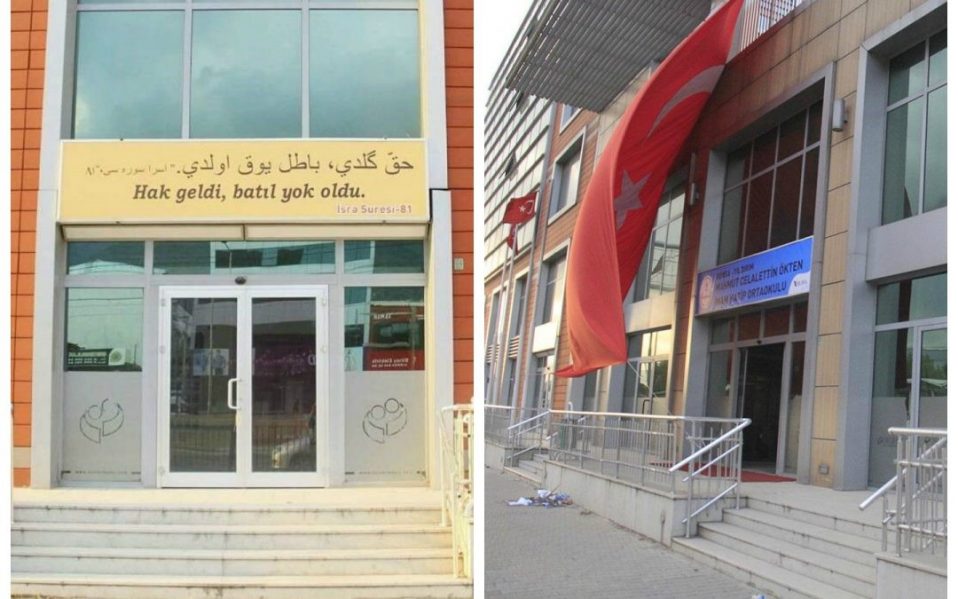 A private school affiliated with the Gülen movement in Bursa province has been turned into a religious vocational school – known as imam-hatip schools – and members of the staff have placed a verse from the holy Quran at the entrance that reads: “Truth has come, and falsehood has departed.”

When Nilufer College in Bursa’s Yıldırım district was turned into religious vocational school, newly recruited staff hung a plaque in the entryway that features the abovementioned verse from the Quran.

This is not the first time a Gülen-affiliated science school has been turned into an imam-hatip. Several schools affiliated with the movement have shared the same fate since a coup attempt in Turkey on July 15. Fatih College in the western province of İzmir was also turned into such a school last week.

More than 2,000 Gülenist schools, dormitories and universities have been shut down by the Turkish government as part of witch-hunt against the movement.

The Turkish government accuses the movement of masterminding the July 15 coup attempt, while the movement has repeatedly denied any involvement.

Your ticket for the: Truth has come, and falsehood has departed,’ reads Quran verse hung on Gülenist-turned-religious school