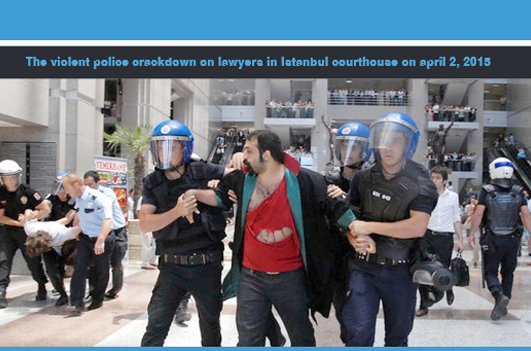 The End of Rule of Law

A growing consensus among jurists and analysts who have observed the rapid democratic backsliding in Turkey, a member of the Council of Europe (CoE), is that the rule of law has been effectively suspended under the renewed emergency rule and that the courts are practically controlled by the authoritarian regime of President Recep Tayyip Erdoğan, who does not hesitate to abuse the criminal justice system to persecute his critics and opponents. Over 200 journalists have been jailed in Turkey, most in pre-trial detention, on trumpedup charges of terror, coup plotting or espionage, while some 50,000 people including judges, prosecutors, teachers, doctors and union workers have been arrested in the last eight months alone. The government has purged approximately 140,000 public employees without any effective administrative investigation or judicial probe.

Your ticket for the: Turkey’s Descent Into Arbitrariness: Rule of Law