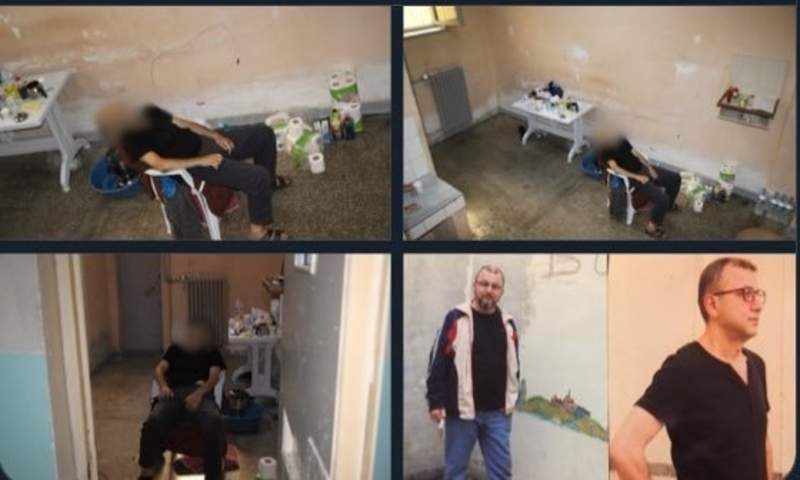 Mustafa Kabakçıoğlu, a police officer expelled from his job by a statutory decree, died in solitary confinement cell in Gümüşhane Prison on August 29. The guards allegedly found him sitting alone on a chair with his head dropped to the back when they opened the cell door at 5.45 AM.

Mustafa Kabakçıoğlu was put in a confinement cell because he started coughing 9 days ago. Official announcements claim that he suffered from Covid-19 and the reason for his death was virus related. However, he tested negative on the day he died. Besides, his letter to the prison infirmary written 2 days ago from his death indicates that he was clearly suffering from symptoms that are not common for Covid-19.

Erdogan government released more than 90 thousand convicts and prisoners but deliberately kept politically persecuted victims in prisons. Mustafa Kabakçıoğlu was one of these political prisoners as an honorable police officer who was arrested four years ago without any concrete evidence of a crime.

Kabakçıoğlu was suffering from diabetes, asthma, and high blood pressure. Over the course of four years of imprisonment, he complained many times because of insufficient health conditions. Thus, his death happens to be a suspicious case under these circumstances.

In the photographs taken after his death, Kabakçıoğlu is seen sitting on a chair his head down and his nails bruised. His black shirt is dusty. The prison doctor reports him to have died between 2 AM and 3 AM, yet no one knows how it happened.

Kabakçıoğlu filed petitions many times and demanded to go to the hospital regarding his asthma, and diabetic issues that he got in prison since 2017. He fell in the cell twice and lost consciousness. Kabakçıoğlu’s autopsy report on the cause of death is expected to be released within two months. His family filed a criminal complaint with the prosecutor’s office and demanding the people who are responsible for his death to be brought to justice.

Advocates of Silenced Turkey (AST) in its efforts to defend human rights calls the Turkish authorities to investigate the case urgently, bring responsible prison personnel to justice, and sanction them adequately. AST also condemns all inhuman treatment and unjust imprisonments in the strongest terms and ask for justice for those under relentless oppression for years.

Your ticket for the: PETITION THE TURKISH AUTHORITIES TO LAUNCH A FULL INVESTIGATION INTO THE DEATH OF MUSTAFA KABAKÇIOĞLU UNDER SUSPICIOUS CONDITIONS IN PRISON