Since the attempted coup of July 15, 2016, the government of Turkey has been taking strict measures to silence dissidents in other countries from various ideologies recently. One of these opposition groups, the Gulen Movement (a.k.a “Hizmet Movement”, meaning service in Turkish), has been the main target since 2013. The Gulen Movement is a faith-based non-political, cultural and educational movement. The Movement is composed of a cluster of religious, educational and social organizations inspired by Fethullah Gulen.

After the July 15 failed coup attempt, the Turkish government accused Fethullah Gulen and his sympathizers for having a connection with the failed coup. Gulen has repeatedly dismissed any involvement in the coup attempt. Foreign intelligence units such as Germany’s BND Foreign Intelligence Agency’s chief, EU intelligence-sharing unit (Intern), UK Parliament and U.S. House Intel Chair have all noted that there is no evidence that shows Gulen’s involvement. Nonetheless, Gulen spoke to global media outlets right after the coup attempt and called for an open international investigation to find out who was behind the attempt.

Yet, the Turkish government chose to declare state of emergency, which still continues, to purge thousands of people. Alleged supporters of the Movement in Turkey have been dealing with arrest, imprisonment, torture, inhuman and degrading treatment, confiscation and passport seizure. After the failed coup, more than 130,000 people have been arbitrarily detained and more than 60,000 people have been arrested. Most of them are from the elite part of the society and are all well-educated individuals with different backgrounds such as doctors, lawyers, judges, teachers, engineers and so on. The striking point is that most were imprisoned with no compelling evidence of any criminal activity. Nonetheless, there are 17,000 women in jail and 1914 children, where 688 are babies under age of six. There have also been several cases where women who just gave birth have been put in prison with their few days old babies. Moreover, more than 4,400 judges and prosecutors have been dismissed. The government has also seized 3,003 schools, dormitories, and universities. The government has also confiscated more than 800 companies worth more than $10 billion.

All independent media in Turkey have been shut down and confiscated by the government. Turkey is the leading country to imprison most journalists. Turkey has arrested 319 journalists since the coup. A lot of people are arrested for talking against government’s policies. Many students get imprisoned for their critical tweets. 70 thousand students are currently in jail in Turkey.

People are also arrested for having downloaded an encrypted messaging phone application called ByLock. The government believes coup plotters used this application. The Turkish Intelligence Organization (MIT) has handed over a list of people who have allegedly downloaded the application. People who are alleged of downloading the application have been imprisoned. Prof. Izzet Özgenç, who is one of the founders of the Turkish Penal Code, emphasized that the Bylock arrests made without revealing any evidence are unlawful. Recently, Ankara Public Prosecutor’s Office announced that close to 11 thousand people have been mistakenly investigated for use of ByLock. Turkey has also put the Amnesty International’s Turkey head, Taner Kiliç in jail for having downloaded block. While Kiliç claims that he has never downloaded the application, he is facing imprisonment for up to 15 years.

International human rights organizations have condemned and reported the human rights violations occurring in Turkey. Committee to Protect Journalists (CPJ) announced Turkish President Recep Tayyip Erdogan as the winner of ‘Most Outrageous Use of Terror Laws Against the Press’ and ‘Most Thin-skinned’ awards. A new report released by the independent, non-profit and non-partisan watchdog organization Freedom House concluded that democratic principles such as election integrity and freedom of the press, political and civil rights have severely downgraded in Turkey that is no longer ‘a free country’. Human Rights Watch (HRW) reported in its recent “World Report 2018” that innocent people are imprisoned with no substantial evidence, inalienable rights have been taken away, and that there are more than 2,200 cases of torture and ill-treatment. Hugh Williamson, Europe, and Central Asia director at Human Rights Watch said that “everywhere you look, checks and balances that protect human rights and rule of law in Turkey are being eroded”.

Due to increasingly severe human rights violations in Turkey, families have chosen to leave their country to seek safe haven. Many families have sought to enter Europe to seek asylum due to geographical proximity. However, there are also thousands of people who have also successfully reached and sought asylum in the United States. Unfortunately not everyone successfully reaches Europe. On November 21, 2017, Greek media reported that Greek authorities have found bodies of five members of the Maden family, including three children, a short time ago on the Greek Island of Lesvos. The father, Huseyin Maden, and mother, Nur Maden, were allegedly linked to the Gulen Movement and was forced to flee due to arrest warrant issued out on their names. The drowning has sparked outrage over an ongoing political purge.

Regrettably, Turkish government’s actions against the Gulen Movement are not limited to Turkish borders but are also extraterritorial. There are many examples of abductions and physical violence incidents in several countries as well as threats by pro-government people referring to the supporters abroad. Recently some Turkish teachers and principles who worked at schools funded by the Gulen Movement in Malaysia, Pakistan, Iraq, and Afghanistan have been abducted, and in some cases illegally deported back to Turkey.

Families who have successfully reached the United States by escaping the oppression of the Turkish government are now facing new challenges. Most of the families have left everything behind in Turkey; jobs, houses, education, relatives and the Turkish government have blocked their bank accounts. Some families were able to only bring a single luggage.

These families are now in need of shelter, financial support, and acceptance of their asylum applications. You could help by personally providing donations to these individuals, or donate through human rights organizations like Embrace Relief or Advocates of Silenced Turkey, who focuses on these Turkish nationals. You could also help with helping them attain legal help and cover legal fees for their asylum applications, with their education fees. Some other ways you can help is by sending support letters regarding the persecution of these Gulen sympathizers to relevant bodies such as the State Department, embassies and the European Court of Human Rights. You can also create awareness using social media and encourage other human rights and humanitarian aid organizations to create campaigns on behalf of these individuals. Given their circumstance, we hope that you can help these people through your support. Every bit of help will aggregate to make a big difference.

Download as a PDF File: AST_1-25-2018_SEVERITY OF HUMAN RIGHTS VIOLATIONS IN TURKEY & SUPPORT TO TURKISH MIGRANTS AND REFUGEES_P9 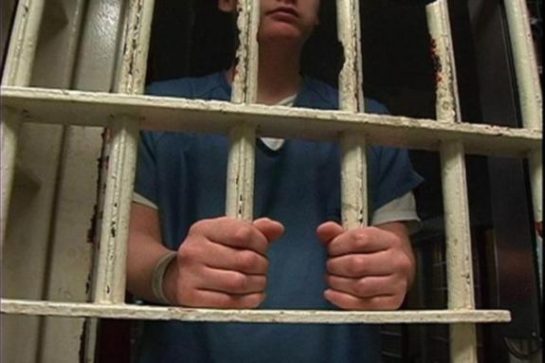