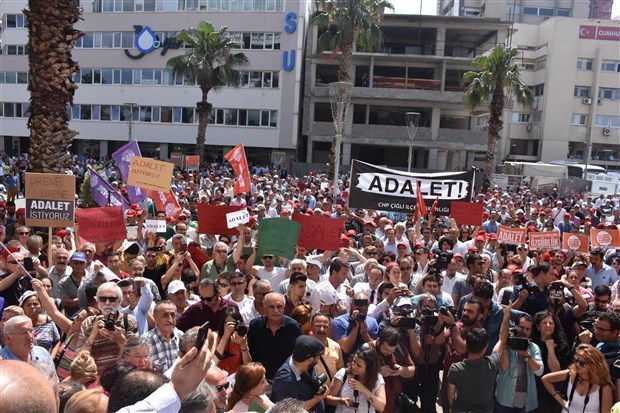 As Advocates of Silenced Turkey, we are pleased to celebrate the 70th anniversary of Human Rights Day. Yet, unfortunately, the values emphasized in the Universal Declaration of Human Rights are today undermined in many countries. It is the duty of each informed citizen to advocate for peace and sustain justice. Human Rights Day is therefore not only about few people, but it is about all of us.

Turkey is one of the countries that have experienced significant deterioration in regards to values mentioned in the Universal Declaration of Human Rights. After the failed coup, more than 130,000 people have been arbitrary detained and more than 60,000 people have been arrested. Many of those arrested do not have any evidence against them. Nonetheless, there are 17,000 women in jail and 688 babies under age of six. Furthermore, there has been more than 2,200 torture and numerous abduction cases. All independent media in Turkey have been shut down and confiscated by the government. More than 4,400 judges and prosecutors have been dismissed. The government has also seized more than 800 companies worth more than $10 billion.

We urge every individual to voice the silenced voices of people in Turkey. As mentioned earlier, it is the duty of each of us to advocate for peace and justice in order to attain it. We hope the situation in Turkey will get better for those in Turkey and abroad who are oppressed by the ruling government of Turkey.

Your ticket for the: Statement on Human Rights Day