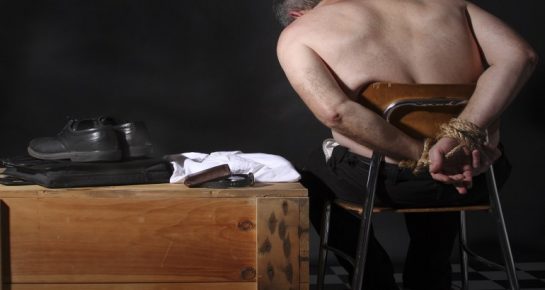 Sedat Gökçen and Ahmet Gödük, two former personnel of the International Antalya University, which was closed by a government decree under the rule of emergency over its alleged affiliation with the Gülen movement, have reportedly been subject to heavy torture and maltreatments for weeks under the police custody in Turkey’s Antalya province.

According to information shared by a @Turkeydeiskence, a Twitter account focuses on the torture and maltreatment cases in Turkey under the rule of emergency, because of the severe torture in Antalya Police Department Ahmet Gödük has become unable to walk. The @Turkeydeiskence has reported that Gökçen and Gödük have been subjected to physical torture, maltreatments and psychological pressure to oblige them to make “confessions.”

It was reported that Gökçen and Gödük were detained on January 16, 2018 at Antalya Terra City Shopping Mall by a group of civil police officers. Police officers applied physical violence to Gökçen and Gödük even during the process of their detentions. Because of the violence applied to him, herniated disc problem of Gökçen has reemerged and he has experienced a severe loss in his hearing capability and he lost his balance. He has bruises and swelling in different parts of his body.

Ahmed Gödük, who has also herniated disc problem, has started to experience serious problem as he walks because of the heavy violence he has been a target.

It was also reported that the police have prevented Gökçen and Gödük from getting doctor reports in order to prevent the exposure of torture and maltreatments they applied. Therefore, the custody periods of Gökçen and Gödük were arbitrarily extended to 15 days so that the traces of torture that they had imposed on them to vanish.

Your ticket for the: Turkish Police Torture Two University Personnel For Weeks In Antalya Over Their Alleged Links To Gülen Movement