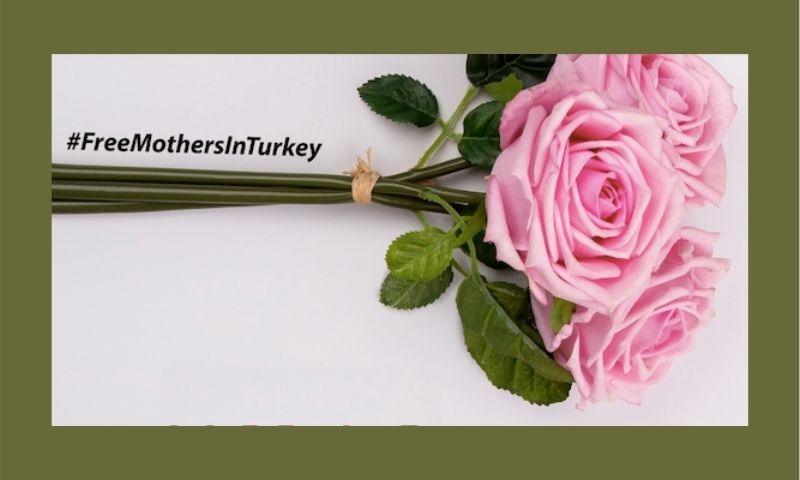 HOW ABOUT MAKING THE VOICES OF MOTHERS HEARD BY 5,000 FEMALE LEADERS ON MOTEHERS DAY, MAY 9TH

In the past, women of Turkey have always been discriminated, subjugated, and oppressed. Especially mothers have had to pay the price of conflicts and oppression more harshly. Kurdish mothers had to leave their kids’ dead bodies in freezers for days because of the curfews. Dead bodies of Kur­dish mothers were left on the streets because of the curfews. Mothers were beaten on the streets just be­cause they gather to call the government to find their forcibly disappeared children. Devastating experi­ences of mothers in Turkey, regardless of their ethnicity, ideological beliefs, or religion are in­describable. To top it all off, the failed coup attempt in July 2016 happened to be a water­shed moment in Turkey’s modern history, which was followed by the persecution of thousands of people; among whom are thousands of women and mothers. Extraordinary measures taken by the government following the coup attempt, the political conflicts, and consequential persecution have doubled the burden on mothers. Due to the government’s propaganda, mothers are stigmatized and excluded from society. They are exposed to arbitrary detentions, their children/husbands become the victims of enforced disap­pearances, and they are forced to flee to survive. Mothers have either lost their own lives in these desperate circum­stances, or their children in these hazardous journeys. We are extending our solidarity with:

⁃ Mothers incarcerated with their babies

⁃ Incarcerated mothers separated from their kids

⁃ Mothers whose professions taken from them

– Mother and grandmother of Hakan

We are also extending our sincere gratitude to Natali Avazyan, Eren Keskin, Huda Kaya, and many more courageous women who have cared for the persecuted children of Turkey, just like a mother would.

With each flower, the stories of 4-5 innocent mothers persecuted by the Erdogan regime will be told.

Your ticket for the: HOW ABOUT MAKING THE VOICES OF MOTHERS HEARD BY 5,000 FEMALE LEADERS ON MOTEHERS DAY, MAY 9TH

HOW ABOUT MAKING THE VOICES OF MOTHERS HEARD BY 5,000 FEMALE LEADERS ON MOTEHERS DAY, MAY 9TH