Ergun Babahan wrote about risk of torture for police chiefs

Yakub Saygılı and his coworkers, who carried out the December 17 corruption investigation, were taken into custody in the Silivri Prison where they were detained and taken to Istanbul Security Directorate on Vatan Caddesi. Many social media users have raised concern of risk of torture for Saygılı and his coworkers in the Vatan police station. Journalist-writer Ergun Babahan also wrote in regards to allegations of torture.

Names close to the Hizmet Movement launched an anti-torture campaign on Twitter. Yakup Saygılı, Yasin Topçu, and Kazım Aksoy, who were brought to the Police Department from the prison due to the ongoing Reza Zarrab case in America, can be subject to heavy torture. Babahan noted that members of the Hizmet Movement, minority and opposition groups are extremely polarized and demonized. Babahan indicated that “No one takes care of these people”. He concluded by saying “Torture is a crime against humanity. Everyone needs to stand up for the mistreated people and condemn torture”.

PROTECTING ERDOGAN DISSIDENTS IN THE U.S

Advocates of Silenced Turkey urges The U.S. authorities to take necessary precautions to protect Erdogan dissidents in the U.S

Since the attempted coup of July 15, 2016, staunch supporters of President Erdogan of Turkey, in Turkish politics, media and also public sphere have engaged in threatening and hate speech to silence dissidents in other countries including the U.S. Journalists, academics and businessmen who have been labeled with the Movement have been the main target of this threats.

“You carry out an operation against Turkey with judges and prosecutors, you give logistical support to this judicial theatre with information and documents that you have stolen through espionage, and your men here [in Turkey] and in the world will live in peace?” Ünal threatened.

In another article published on Nov. 27 in Yeni Şafak, Ünal threatened sympathizers of the Gülen movement in Turkey, saying tougher days lie ahead as a result of the case against Reza Zarrab.

Some of the names listed by Aydin Unal are known to be located in the U.S. Ekrem Dumanli, Adem Yavuz Aslan, Abdulhamit Bilici, Emre Uslu have been living in the U.S and openly carry out their works with their articles and YouTube videos and live Periscope broadcastings especially focusing on Turkish politics and ongoing persecutions.

Ekrem Dumanli who was targeted by Aydin Ünal was previously an editor-in-chief of Zaman Daily and fled Turkey after the controversial coup attempt in 2016. On October 30, 2016, Ragip Soylu, the Washington correspondent of Daily Sabah, which is used for propaganda and spying activities by the Turkish Intelligence in the U.S posted secretly taken photos of Mr. Dumanli. It should be considered as an important indication that Mr. Dumanli was under the surveillance of Turkish Intelligence in the U.S. (https://twitter.com/ragipsoylu/status/792736573217439745)

Dr. Emrullah Uslu, the former columnist for Today’s Zaman is one of the leading figures that continuously has been threatened by the the Turkish Government affiliated figures. He is a full-time professor in the School of Public and International Affairs at VIU.

Following President Erdoğan’s statement on September 19, 2016 that ‘no country is safe for Gülen movement sympathizers, the pro-Justice and Development Party (AKP) media has targeted Emre Uslu, along with some other journalists such as Adem Yavuz Aslan, Tuncay Opçin, Aydogan Vatandas and Dr. Atilla Yayla by publishing their secretly taken photos in different parts of the U.S. (https://www.turkishminute.com/2016/09/19/no-country-safe-gulen-sympathizers-erdogan-says/)

Adem Yavuz Aslan, a well-known Turkish investigative journalist, who was threatened in Aydin Ünal’s article has become the main focus of these threats when he followed the ongoing federal trial in New York where Turkish President Recep Tayyip Erdogan is accused of personally approving a scheme to evade U.S. sanctions against Iran. Adem Yavuz Aslan states that he was informed by some colleagues that he might be a target of an assassination attempt because of his coverage of the trial.

During his coverage of the trial, he was continuously harassed by the Anatolian Agency which secretly took his footage and published it Turkish media as if he is a criminal.

Cem Küçük, another staunch supporter of Erdogan and mouthpiece of Turkish Intelligence has also threatened the Turkish journalists and academics in the U.S.

‘People who are well known by the public such as, Ekrem Dumanli, Emre Uslu, Tuncay Opcin, and Seref Ali Tekalan will be grabbed by the nape of their neck and taken to Turkey. When they wake up whey will find themselves in the hands of the Turkish police and the court. Those days are not too far away.’

‘We will see the end of those who say, ‘I am safe in the US,’ ‘They cannot do anything to me.’ Wherever you flee, the Turkish state will bring you back. Many of your residences have been located. Your homes and workplaces are known. Even the countries where you demanded asylum will not protect you but will extradite you. It is soon. Wait…’ added Küçük. (https://www.turkishminute.com/2017/10/20/pro-govt-journalist-turkey-to-abduct-gulen-followers-in-us-europe/)

Serif Ali Tekalan, who is threatened by Cem Küçük is a medical professor who took charge of North American University, based in Houston, Texas, early in 2017. He has been target of baseless allegations and smear campaigns by the pro-government media in Turkey since then.

Opcin chalks his targeting to his intense criticism of Erdogan’s government and his work as an investigative journalist. Opcin also says that he is disappointed about CPJ and Amnesty International since they did not pay attention to these threats and violations as expected. (http://dailycaller.com/2017/04/03/who-is-spying-on-turkish-journalists-in-the-us/)

Abdulhamit Bilici, the last editor-in-chief of Daliy Zaman before Government takeover in 2016 is another well-known journalist threatened in Aydin Unal’s article who now resides in the U.S.

Besides, the threats from the Turkish media and Government affiliated figures towards the journalists and some leading participants of Hizmet Movement in the U.S, some business owners, grocery stores and even bookstores have been attacked by pro-Government groups in the U.S.

Nizam Market, a Turkish grocery store based in NJ has been attacked and verbally threatened by a Turkish government supporter on July, 2016.

Ant Bookstore, based in NJ has also been targeted and attacked several times in 2016 and 2017. Dr. Huseyin Senturk states that they detected several spying and surveillance activities in the store which were conducted by some Turkish nationals. He also says that the store was attacked and costumers were verbally threatened by a Turkish government supporter adding that the windowpanes of the store were also broken by some unknown figures.

On November 7 2017, Vakkas Doğantekin, a pro-government columnist and the president of the California-based Turkish community organization, TURCA, has attacked a Turkish speaking ice-cream seller affiliated with Hizmet Movement by calling him “terrorist” and “Jewish dog,”.

Dogantekin’s bio on TURCA’s website says he is a California resident for over 10 years and a freelance journalist contributing to Al Jazeera. He wrote at least three Op-Eds in 2017 for the pro-Erdogan daily newspaper, Daily Sabah.

Considering all these particular incidents, some journalists, academics and NGO directors, businessmen affiliated with Hizmet Movement in the U.S has been continuously targeted by Turkish Government linked figures. The U.S federal and local security authorities should be aware of the fact that Turkish Government doesn’t function and operate as a regular democratic state respecting the international laws and principles. Therefore, it is safe to analyze that Turkish Government can try some undercover operations by using mob groups or militia forces trained by the Turkish Intelligence overseas here in the U.S as well. Advocates of Silenced Turkey strongly urges U.S security forces to take all necessary precautions to protect the lives of the people who might be in danger.

For more detailed information about these risks, please look at the report prepared by the Advocates of Silenced Turkey on the current and possible threats supporters of the Gulen Movement face abroad titled “I Cannot Say We Are Absolutely Safe Even Abroad.” Read more here: https://silencedturkey.org/protection-of-hizmet-participants

We urge everyone to take action. Please express your views or send attached letter to your two senators and representative to protect dissidents of Erdogan in the U.S. 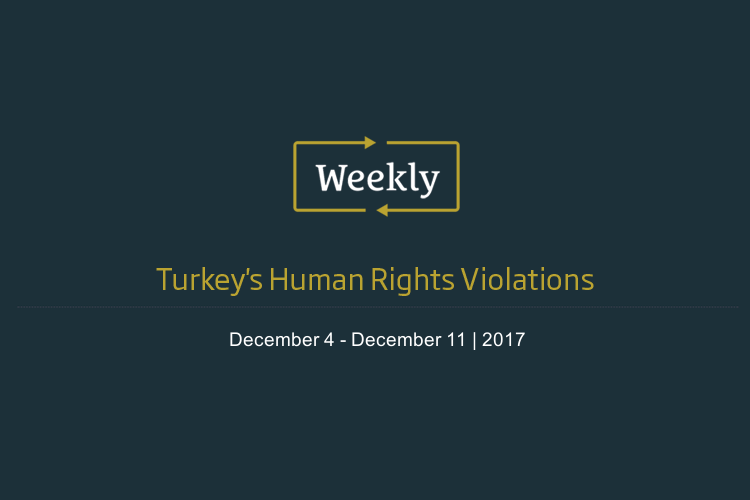 5-“664 people detained over Gülen links in past week: ministry”
https://turkeypurge.com/664-people-detained-gulen-links-past-week-ministry

22-“Press groups call on EU to be less deferential towards Turkey on rights violations”
https://www.turkishminute.com/2017/12/08/press-groups-call-on-eu-to-be-less-deferential-towards-turkey-on-rights-violations/

25-“Report says 300 families have fled Turkey to Greece due to post-coup crackdown”
https://turkeypurge.com/300-families-fled-turkeys-post-coup-crackdown-greece-report

27-“Turkey detains 17 for ‘providing US with information’ for Zarrab case”
https://turkeypurge.com/turkey-detains-17-providing-us-information-zarrab-case

37-“Teacher couple gets 7 years in jail over Gulen links”
https://turkeypurge.com/teacher-couple-gets-7-year-jail-gulen-links

38-“11 Turkish folk dancers apply for asylum in Hungary after performing in Budapest”
https://www.turkishminute.com/2017/12/05/11-turkish-folk-dancers-apply-for-asylum-in-hungary-after-performing-in-budapest/