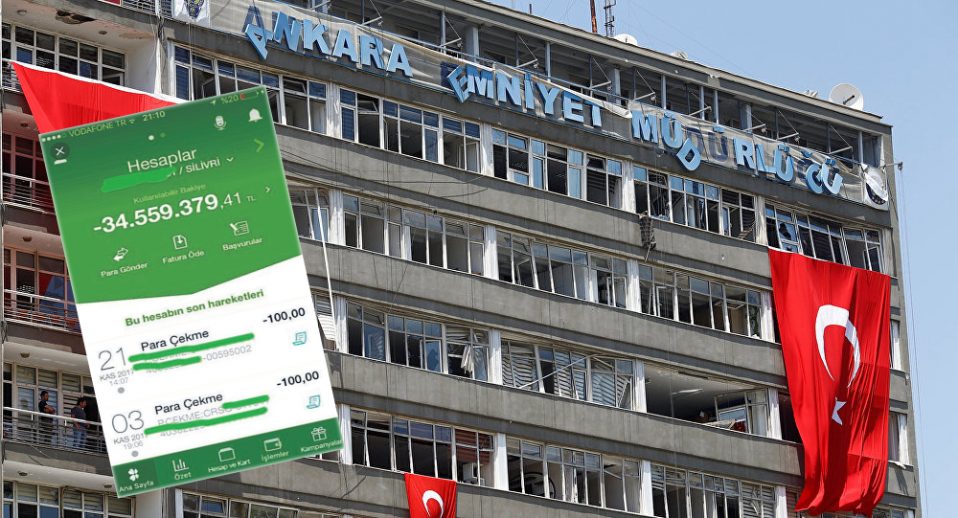 A private who spent 11 months in prison over his alleged coup involvement has been charged TL 34 million [$9.5 million] in compensation for the damages to the Ankara Police Headquarters on the night of July 15, 2016, according to a columnist.

“My brother was released 5 months ago and he ultimately found a job with a minimum wage and started looking an apartment to rent. But his banking account had been emptied. On top of it, he seemed to have TL 34 million in debt, where did that come from? We asked our lawyers and people around. It has turned out that the government made a decision. Following the decision to charge coup plotters for the pecuniary and non-pecuniary damages given during the coup, the state institutions calculated their damages item by item,” Posta columnist Yazgulu Aldogan cited a letter from a Twitter user.

Aldogan also shared a screenshot of the soldier’s banking details captured from a bank’s mobile app.

“[It seems that] attachment warrants were issued for coup suspects. Newly recruited soldiers who have yet to hold an arm and who have been on trial in Ankara Police Headquarters case spent 11 months in prison before being released, and now they face millions of dollars of debt. Hundreds of soldiers will get their earnings seized until the trials are completed and they are cleared of the charges. For the same reason, they may not find jobs, nobody will hire them and they will be subject to hunger. Is that fair?” she maintained.

Pro-government media outlets reported on Dec 4 that state-run Savings Deposit Insurance Fund (TMSF) head Muhittin Gülal sent a notice to all state institutions on Nov 14, asking them to calculate their losses stemmed between July 15, 2016 to Oct 31, 2017.
“Legal steps will be taken against people and institutions affiliated with the FETO/PDY organization to at least compensate the
material costs of this damage,” the notice added.

Nearly 1,000 companies with a total value of $12 billion in assets have been seized and then transferred to TMSF July 15, 2016.
The companies in question were mostly targeted over their links to the movement.

Your ticket for the: Soldier charged TL 34 million for ‘coup damages’ in Ankara