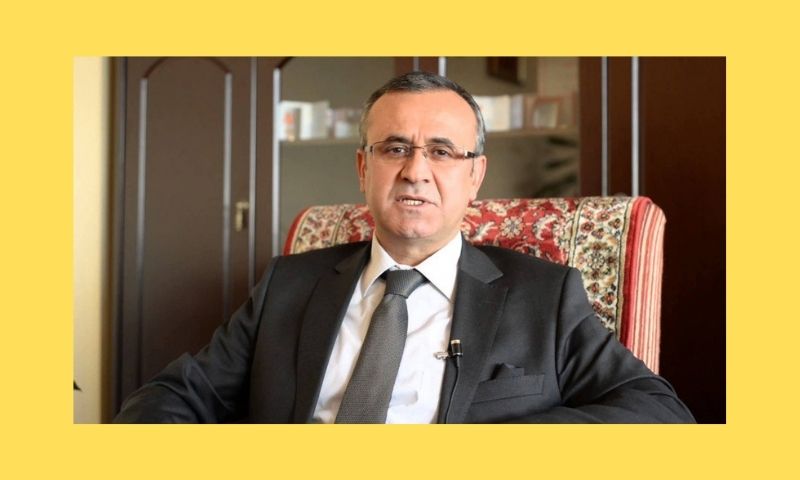 FOR IMMEDIATE RELEASE: Calling on Kyrgyzstan Government to Investigate the Abduction Case of Orhan Inandi and Take Urgent Action to Find His Whereabouts

Following the coup attempt of July 15, 2016, the Turkish government declared a state of emergency paving the way for a crackdown on political opponents which has ultimately led to gross violations of civil rights and liberties of Turkish citizens.

The Turkish government has revoked passports and aggressively petitioned for the arrest and deportation of dissenters overseas including individuals under UN protection. Abductions, forced disappearances, and renditions of dissenters are among the long list of atrocious crimes committed by the Turkish government. The Turkish state has even conducted cross-border operations by brazenly abducting its citizens from other countries. This is not only an offense against the national sovereignty of countries where these covert operations are conducted but also an egregious insult to international human rights laws. There is also ample evidence to suggest that once dissenters are abducted, they undergo extensive torture and suffer physical and emotional trauma at the hands of their unidentified abductors. They are not informed of the charges brought against them as they are apprehended and are deprived of their due process rights. Some of these abducted individuals face trial after being subjected to months of torture if they are lucky enough to survive the horrifying ordeal. The Turkish government has rarely repudiated claims of such horrific acts and illegalities committed against dissenters. On the contrary, these inhumane practices are lauded amongst national intelligence agencies and government officials. Stories of dissenters being viciously abducted in front of their families are boasted of by sycophant media outlets who cheer for and commend the brutal acts of the government.

On June 1, 2021, a new allegation of abduction in Kyrgyzstan about Orhan Inandi, President of Sapat schools in Bishkek, was reported. According to akipress.com, Orhan Inandi left his home at around 6 pm on May 31 driving his Lexus GX470, and at around 4:20 am on June 1 [1], his car was found parked in an area around 1 eight kilometers from his house at around 3 a.m. on Tuesday [2]. Stockholm for Freedom (SCF) reports that he 2 was last contacted by a friend at around 9 p.m. and later attempts by his family to contact him all failed. Inandi is feared to have been abducted by Turkey’s National Intelligence Organization (MİT) due to his alleged links to the Gülen movement, according to his family.[3]

Inandı had been working in Kyrgyzstan since 1995 and had been the president of the schools since 2001. The statement from the Sapat schools said İnandı received the title of “Excellence in Education of the Kyrgyz Republic” in 2002 and was awarded the Honorary Diploma of the Kyrgyz Republic in 2003 and the Dank medal of the Kyrgyz Republic for his contribution to the improvement of the education system in the country. Dozens of Kyrgyz students and their parents gathered in front of the Turkish Embassy in Bishkek on Tuesday, carrying placards that read in Kyrgyz and Russian: “Where is Mr Inandı?” There were reports suggesting that Inandı was being held at the embassy building. Inandı is also a citizen of the Kyrgyz Republic.[4]

Freedom House states in a related report that Turkey’s regime has conducted 58 renditions in at least 31 different host countries spread across the Americas, Europe, the Middle East, Africa, and Asia since 2014.[5] Forced disappearances and abductions are an assault on human rights as established by the Convention on the Forced Disappearance of Persons. According to Advocates for Silenced Turkey (AST)’s report [6], there have been 6 135 abductions and forced disappearances to date; this report consists of an alarming number of accounts of abductions and torture provided by abductees. AST calls on international human rights organizations to urge Turkish authorities to abide by domestic and international laws of human rights and cease their illegal and inhumane practices of abductions, forced disappearance, and renditions immediately. We, as AST, also call on the Kyrgyzstan government to investigate the abduction case of Orhan Inandi, who is still believed to be in Bishkek, to take urgent action to find his whereabouts and prevent him from any possible deportation.

Your ticket for the: FOR IMMEDIATE RELEASE: Calling on Kyrgyzstan Government to Investigate the Abduction Case of Orhan Inandi and Take Urgent Action to Find His Whereabouts

FOR IMMEDIATE RELEASE: Calling on Kyrgyzstan Government to Investigate the Abduction Case of Orhan Inandi and Take Urgent Action to Find His Whereabouts