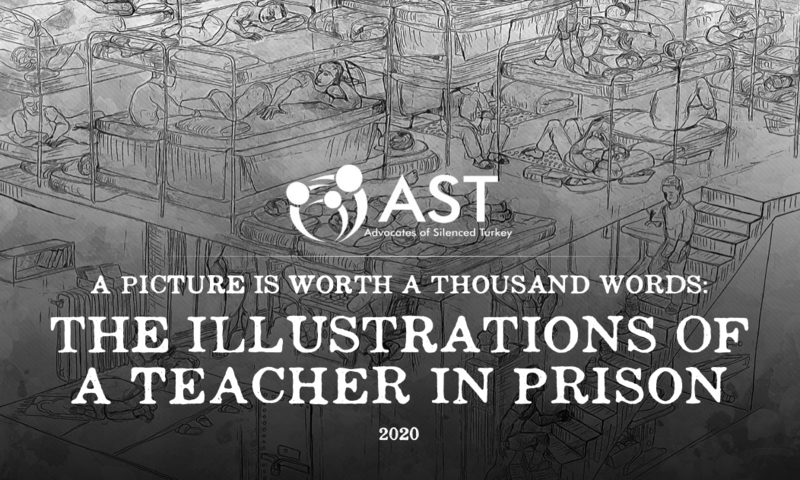 THE ILLUSTRATIONS OF A TEACHER IN PRISON

WHO AM I?
I was born in 1983, in the city of Zonguldak, Turkey. My mother was a housewife; my father was a retired teacher. We were four siblings, and I was the only male child in the house. Due to my father’s profession, we lived in many different cities and towns and had the opportunity to experience various geographies, places, and people. Though I was never very good at my studies, ever since I was little I always had an interest in the arts, particularly drawing. I don’t remember when I first began to be interested in drawing. When I couldn’t find any paper to draw on, I would go ahead and draw my pictures on the walls of our house. Needless to say, I received a fair share of scolding from my mom on that account. During my high school years, through the encouragement of my art teacher, I enrolled in a painting (drawing) course in the city we lived in. Enrolling in this course naturally paved my way into a great university. After completing my [extended] university education, through the reference from the private school where I completed my internship, I was offered a job in a very nice district/city. (This is, in fact, the place where I hope to settle down one day once I reach my retirement, God-willing.) After working in that position for a year, I had to leave in order to fulfill my mandatory military service. Upon completing my military service, I came back and started prepping for the public employee selection exams. When I couldn’t score enough points to be appointed to a public school, I started working at another private school. Unfortunately, due to some unpleasant situations I came across, I had to leave my job there. I spent the next year preparing for the exams one more time. When I could not again score enough points the second time around, my brother-in-law encouraged me to go to Mardin, a city in southeastern Turkey, where there was a shortage of teachers at a private school there. After working at that school for two years, I met my future wife and we got married. Shortly after I heard about an opening for a teaching position in the city which I had loved dearly but had had to leave years ago. Without wasting any time, I applied for the position. I spent four wonderful years teaching in that city, four wonderful years… after which dark clouds started falling upon us.

WHAT I EXPERIENCED DURING THIS WHOLE ORDEAL

WHY I DREW THESE PICTURES

If I were a swallow flapping
his winds at the setting sun,

If swung my prayer beads through every
inch of the concrete courtyard I walked
on, while saying a prayer for each new
day, hoping this would end one day

If I raised my hands a bit higher each day,
for you, and my family, and your children

If I begged and pleaded as
my hands touched the ceiling of
the ward, would you, o brother, give me
a handful of your freedom?

I raise my hands up
to my Lord, and I pray,

Please don’t silence this
melody before its day.

These tribulations
shall surely be no more,

As the whole world
will witness one day..

Veli Saçılık, a sociologist and leftist activist, has visited the grave of Gökhan Açıkkollu, a teacher who was tortured to death while in police custody in the wake of a controversial coup attempt in Turkey on July 15, 2016 over alleged membership in the faith-based Gülen movement.

Saçılık, who lost his right arm in a military operation known as “Operation Return to Life” conducted in December 2000 in 20 prisons across Turkey, is a renowned figure in Turkey who has been detained many times by the police for taking part in demonstrations on behalf of individuals who were removed from their posts by the government after the coup attempt.

Teacher Açıkkollu was detained on July 24, 2016 on trumped-up charges of coup plotting and terrorism and remained in police custody for 13 days, during which time he was subjected to both physical and psychological torture and eventually died.

Saçılık visited Açıkkollu’s grave in the Central Anatolian province of Konya on Saturday and delivered a short speech there, which he later posted on his Twitter account.

Last week, Açıkkollu was “reinstated” to his job at a public school in İstanbul one-and-a-half years after his death.

The activist said he was paying a visit to Açıkkollu’s grave to bid him farewell.

“He [Açıkkollu] has been reinstated to his job, but he was massacred under detention. As a person who lost one of his arms in prison, I have experienced a lot of pain in this country, and perhaps when I lost my arm, Gökhan thought a terrorist had lost his arm, but when we lend an ear to each other’s pain and say nobody should be subjected to torture and when we dream of a humane life, everything will be different. At that time, we will not embrace a gravestone but each other. This is the important thing,” Saçılık said as he laid a bouquet of flowers at the teacher’s grave.

Açıkkollu’s family learned of his death when they were called to the İstanbul Institute of Forensic Medicine, where Açıkkollu’s ill treatment continued even in death. They were told the funeral could be held on condition that he be buried in a graveyard set aside by the Greater İstanbul Municipality for alleged “traitors,” despite the fact he had not been tried, nor even interrogated. Imams assigned by the Religious Affairs Directorate (Diyanet) had refused to say the funeral prayer for Açıkkollu.

His family had to embalm the body themselves and took him to his hometown in Konya province in their own car. Here, too, the imam of the local mosque would not officiate at the funeral because of instructions issued by the Religious Affairs Directorate that “the funeral prayer will not be performed for traitors.” As a result, his last rites were said by his close relatives. 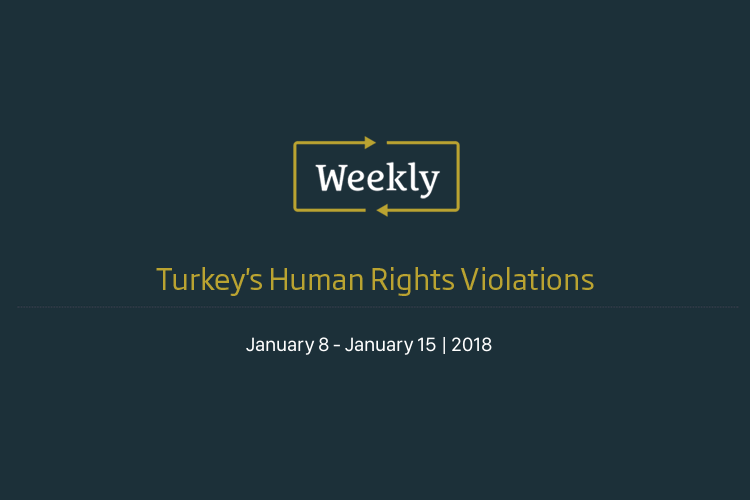 2-“Report: Police chief who fought against ‘Erdogan assassins’ during coup sentenced to 6 years in jail”
https://turkeypurge.com/police-chief-fought-erdogan-assassins-coup-sentenced-6-years-jail

7-“7,655 dismissed, 243 others suspended at Health Ministry so far: minister”
https://turkeypurge.com/7655-dismissed-252-others-suspended-health-ministry-far-minister

12-“Teacher, three others caught in attempt to flee to Greece”
https://turkeypurge.com/teacher-three-others-caught-attempt-flee-greece

22-” Journalist, writer and 28 others detained in Istanbul”
https://turkeypurge.com/journalist-writer-28-others-detained-istanbul

26-“Theater play on dictatorship not allowed to be staged in Turkey’s Artvin”
https://turkeypurge.com/theater-play-dictatorship-not-allowed-turkeys-artvin

27-“Jailed engineer to judge: You will stand trial when democracy comes to this country!”
https://turkeypurge.com/jailed-engineer-judge-will-stand-trial-democracy-comes-country

29-“[VIDEO] 5 children, 8 others detained while on way to escape to Greece”
https://turkeypurge.com/video-5-children-8-others-detained-way-escape-greece

33-“Turkey’s post-coup State of Emergency to be extended for another 3 months: gov’t”
https://turkeypurge.com/turkeys-post-coup-state-emergency-extended-another-3-months-govt

42-“Turkish writer Asli Erdogan: ‘Thousands of students are in jail for one tweet'”
http://www.france24.com/en/20180112-interview-asli-erdogan-turkey-trial-crackdown-students-human-rights-eu-macron

47-“Honorary President of Court of Cassation of Turkey, Sami Selçuk: Last Nail in the Coffin”
https://silencedturkey.org/sami-selcuk-last-nail-in-the-coffin