Since the attempted coup of July 15, 2016, the government of Turkey has taken strict measures to silence dissidents from various ideologies both within and outside of its borders. The state of emergency, which was recently extended for the fifth time, and decree laws pave the way for discrimination and segregation on the basis of ethnicity, religion, and political or other opinions. Unfortunately, all the dissident groups have received their shares from the government’s purge.

One of these opposition groups, the Gulen Movement (a.k.a “Hizmet Movement”, meaning service in Turkish), has been the main target since 2013. The Gulen Movement is a faith-based non-political movement focusing on cultural and educational activities. It is composed of a cluster of religious, educational and social organizations inspired by a Turkish scholar, Fethullah Gulen.

Other opposition groups have also been targeted. Especially, Kurdish and Alevi people have been oppressed significantly. For instance, Selahattin Demirtas, co-leader of the left-wing pro-Kurdish political party – Peoples’ Democratic Party (HDP), is still in prison. Moreover, Osman Kavala, one of the most significant civil society activists working to mend the relationship between Turkish, Kurdish and Armenian people and a businessman sponsoring Amnesty International, is also yet under arrest for alleged ties to the Hizmet Movement.

Since the July 15 failed coup attempt, President Erdogan and the government have been accusing Fethullah Gulen and his sympathizers to have connections with the failed coup. Gulen has repeatedly denied any involvement with the attempted coup. Foreign intelligence units such as Germany’s BND Foreign Intelligence Agency’s chief, EU intelligence-sharing unit (Intern), UK Parliament and US House Intel Chair have all noted that there is no concrete evidence indicating Mr. Gulen’s involvement. Nonetheless, Gulen spoke to global media outlets right after the coup attempt and condemned any effort against democracy. He called for an open international investigation to find out who was behind the coup attempt.

Yet, the Turkish government chose to declare state of emergency, which still continues as of February 2018, to purge thousands of people. Alleged supporters of the Movement in Turkey have been dealing with arrest, imprisonment, torture, inhuman and degrading treatment, confiscation and passport seizure. After the failed coup, more than 130,000 people have been arbitrarily detained, and almost 65,000 people have been arrested. Most of them belong to the elite part of the society and are well-educated individuals with different backgrounds such as doctors, lawyers, judges, teachers, engineers and so on. What is striking is that most were imprisoned with no compelling evidence of any criminal activity. As two of the most vulnerable groups, women and children were affected a lot too. 17,000 women and 1914 children, where 688 are babies under age of six, are still in prison under inhuman conditions. There have also been several cases where women with their few days old babies were put in prison just after giving birth. Moreover, more than 4,400 judges and prosecutors have been dismissed indicating around one-third of all judiciary. The government has also shut down 3,003 schools, dormitories, and universities as well as confiscated more than 800 companies worth more than $10 billion, all were founded and owned by dissidents – mostly by the supporters of the Movement.

Below you can find Kati Piri’s speech delivered on February 7, 2018:

At the moment that Turkey is going through a difficult period, it needs brave people like you to stand up for human rights and the respect for rule of law. But for having done exactly that, you are now in a prison cell behind bars. While you cannot follow this debate, I hope your lawyers and family will inform you that we have not forgotten you! And we will continue to plea for your release as your arrests are politicized and arbitrary.

Osman Kavala, Ahmet Şik and Selehattin Demirtas are not the only innocent persons in jail in Turkey. While the perpetrators of the heinous coup attempt must be prosecuted and brought to justice, so many people became victims of the massive crackdown on all democratic opposition voices. The numbers are mind-boggling – more than 150.000 people fired and over 50.000 imprisoned. But remember that all these people have a face, have a family, have friends who are hoping that a normalization is still possible.

The state of emergency has led to a situation that the government can rule by decree – without parliamentary or judicial scrutiny. Every aspect in Turkish society has become securitized – meaning, that all who voice criticism against the government’s’ policies, are being labelled as terrorist or terrorism supporters. With that, legitimate and peaceful opposition is being silenced – in real life and on social media. Last two weeks, almost 500 people were detained for peacefully opposing Turkey’s military operation in Afrin.

There is also a structural problem with the lack of independence of the judiciary. And how big that problem is, we could witness last month. First there was a ruling by the Constitutional Court in Turkey to release jailed journalists Mehmet Altan and Sahin Alpay, as their rights had been violated. And although the highest court’s orders were crystal clear, a local penal court decided to keep them in detention.

Last week, we could witness another travesty of justice. The wife and daughters of Turkey’s Amnesty International Chair were waiting in front of the gates of the prison in Izmir to welcome their loved one into their arms after an 8-month imprisonment. A judge had ruled earlier that day for his release on bail. But within a couple of hours, the same judge changed his mind and ordered his re-arrest. And for all those people who have lost their jobs by decree, there is so far little hope for remedy. From one day to another, they have been labeled as terrorists and therewith socially excluded.

High Representative Mogherini, the EU is preparing a mini-Summit with Turkish President Erdogan at the end of March. We could read in the papers that no preconditions have been put on the table. But I hope you can tell us what you expect as results from such a meeting. We, in the Parliament, expect the EU to be loud and clear on human rights in Turkey. Not only because these are the values that our Union is based upon, and Turkey as a candidate should adhere to them. But also because we risk losing credibility and support by a majority of Turkish society if we don’t stand up for their rights in these dark times.”

As the Advocates of Silenced Turkey, we agree Kati Piri’s points, and we call the Turkish government to put an end to these arbitrary and unacceptable applications. We would like to remind the government its responsibilities under the international human rights law and ask to comply with the human rights standards accepted worldwide. 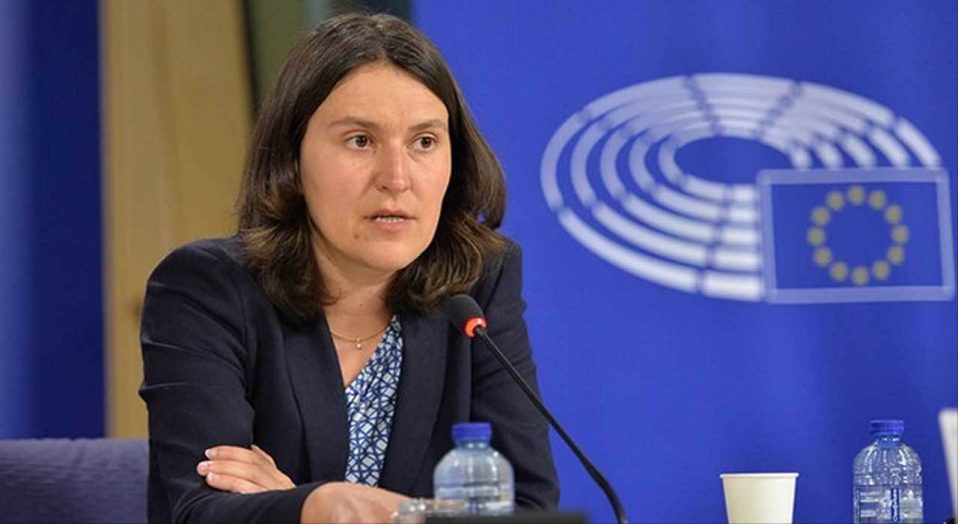 The numbers are mind-boggling:

Remember that all these people have a face, have a family and have friends who are hoping for normalization. #Turkey 🇹🇷

Remember that all these people have a face, have a family and have friends who are hoping for normalization.

Kati Piri is Hungarian-born Dutch politician and Member of the European Parliament (MEP) for the Netherlands since July 2014. Kati Piri is a member of Committee on Foreign Affairs and also serves as EU-Turkey rapporteur.