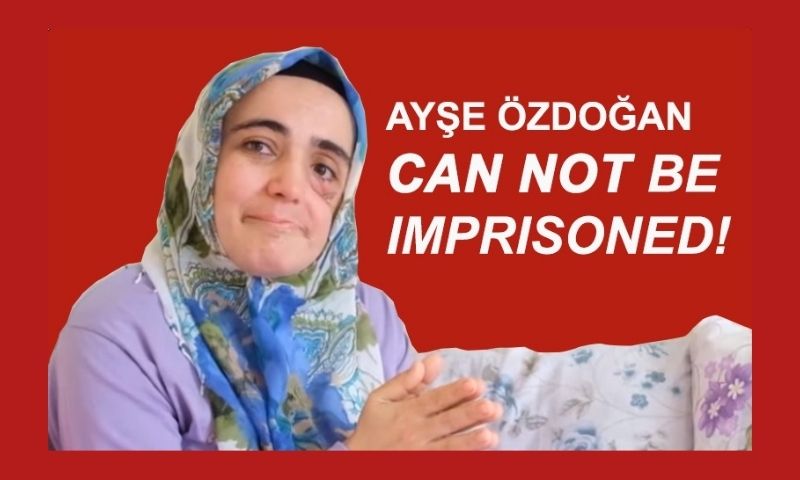 According Stockholm Center for Freedom, Ayşe Özdoğan, a former teacher who was removed from her job in the aftermath of a failed coup in Turkey in July 2016, suffers from a rare form of cancer. Özdoğan and her husband were detained on April 8, 2019 for alleged links to the Gülen movement. She was released on appeal on December 27, 2019 due to her son’s heart condition after an online campaign started by Ömer Faruk Gergerlioğlu, a human rights activist and former deputy from the Peoples’ Democratic Party (HDP), but her husband was sent to prison. (1)

Stockholm Center for Freedom reports that Özdoğan’s tooth, palate, zygomatic bone and lymph nodes were removed in an emergency operation. Özdoğan lost her ability to see and hear after the operation due to the trauma her facial bones suffered. An appeals court approved a nine year, six month prison sentence for Ayşe Özdoğan. (2)

The United Nations Standard Minimum Rules for the Treatment of Prisoners (the Nelson Mandela Rules) states in article 109 that “persons who are found to be not criminally responsible, or who are later diagnosed with severe mental disabilities and/or health conditions, for whom staying in prison would mean an exacerbation of their condition, shall not be detained in prisons, and arrangements shall be made to transfer them to mental health facilities as soon as possible”. We strongly urge the Turkish government to take the case of Ayşe Özdoğan into consideration immediate effectively and take action according to aforesaid international rules.

Special Rapporteur on the rights of persons with disabilities

Your ticket for the: FOR IMMEDIATE RELEASE THE CRITICAL HEALTH SITUATION OF AYŞE ÖZDOĞAN AND URGENT ACTION TO TAKE APPROPRIATE STEPS REGARDING HER SENTENCE