SEND A LETTER to COUNCIL OF EUROPE, VENICE COMMISSION & MEMBER OF CABINET

“On the evening of 15 July 2016, elements within Turkey’s armed forces attempted a violent coup. The coup attempt was quickly thwarted as thousands of people took to the streets and state forces overpowered the coup plotters. Hundreds died, and thousands were injured in a night of terrible violence. The government declared a state of emergency soon afterwards on 20 July 2016 with the stated aim of countering threats to national security arising from the coup attempt. While the state of emergency was initially declared for three months, it would be renewed seven times, and its remit broadened to include combatting ‘terrorist’ organizations. The state of emergency finally ended on 18 July 2018, two years after it was first announced, having ushered in a period of tremendous upheaval in Turkish public life.

During the state of emergency, the government had the extraordinary power to issue emergency decrees with the force of law. These decrees were used to enact a wide variety of measures, affecting diverse issues from detention periods and NGO closures to snow tyre requirements. Around 130,000 public sector workers were dismissed by emergency decrees. Those dismissed include teachers, academics, doctors, police officers, media workers employed by the state broadcaster, members of the armed forces, as well as people working at all levels of local and central government. Their dismissals did not include specific evidence or details of their alleged wrongdoing. Instead, the decrees offered a generalized justification that they ‘…had links to, were part of, were connected to, or in communication with…’ proscribed groups.
The arbitrary dismissals have had a devastating impact on those who lost their jobs and their families. They did not only lose the jobs they occupied; in some cases, they were entirely cut off from access to their professions, as well as housing and healthcare benefits, leaving them and their families without livelihood opportunities.

For a long time, these dismissed public sector workers did not have any recourse against their dismissal as they had no access to ordinary administrative or legal channels in Turkey. Following considerable domestic and international pressure, the government passed an emergency decree in January 2017 setting up a ‘State of Emergency Inquiry Commission’ (hereinafter referred to as ‘the Commission’) to review decisions taken by the emergency decrees, including the appeals of purged public sector workers. Amnesty International research, which involved a review of procedures and a sample of decisions taken by this Commission and interviews with dismissed individuals and their families, reveals that the Commission – by its very design – is not set up to provide an effective remedy to the thousands of public sector workers dismissed from their jobs by emergency decrees. The combination of factors – including the lack of genuine institutional independence, lengthy review procedures, absence of necessary safeguards allowing individuals to effectively rebut allegations about their alleged illegal activity and weak evidence cited in decisions upholding dismissals – resulted in the failure of the Commission to provide a recourse against dismissals, leaving more than a hundred thousand individuals – their livelihoods on hold – without a timely and effective means of justice and reparation. The Commission does not have institutional independence from the government as its members are largely appointed by the government and may be dismissed simply by virtue of an ‘administrative investigation’ on the basis of suspicion of links to proscribed groups. Thus, the provisions for
appointments and dismissals could easily influence the decision-making process; should members fail to make decisions expected of them, the government can just as easily dispense with them.”

SEND A LETTER AS A DISMISSED PUBLIC WORKER OR DEFENDER

The Commission of Europe invited OHAL commission to Strasbourg in November about their political decisions and the violation of rights of the dismissed 130,000 public workers. We urge the dismissed public workers or their defenders to write letters to the commission, member of the parliament, President of the Council of EU and Secretary of Venice Commission:
In order to comply with the human rights standards that they profess to uphold, Turkish authorities should reinstate all the dismissed public sector workers and, in any cases where individuals are reasonably suspected of wrongdoing or misconduct in their employment, or of a criminal offense, any decision on their dismissal should be made solely in a regular disciplinary process with full procedural safeguards.

Below are the sample letters created for a dismissed teacher, doctor and public worker. Do not forget to include your own story by changing the related parts.

4) RIAA OOMEN
Chairperson of the Committee on Political Affairs and Democracy: Bureau of the Assembly
ria.oomen-ruijten@eerstekamer.nl

7) MEMBERS OF COMMITTEE on Political Affairs and Democracy
http://www.assembly.coe.int/nw/xml/AssemblyList/AL-XML2HTML-EN.asp?lang=en&XmlID=Committee-Pol

“PURGED BEYOND RETURN” 28 pages report released by Amnesty International about the
130,000 dismissed public workers in Turkey. You can reach the report from the link;

Imagine you suddenly lost your job.
No one told you why.
You tried to file a complaint, but it didn’t help.

This is the reality for tens of thousands of public sector workers in #Turkey, who are being #PurgedBeyondReturn. Read more in our report. https://t.co/8f3q6S7vJn

WARNING AGAINST SENIOR TURKISH AIDE’S ABDUCTION THREATS IN US

On September 25, 2018 Erdogan’s Long Arms Aiming to Reach US Territory

Turkey Seeks to Target Erdogan Opponents on US Soil

Turkey’s long-running campaign to target and capture political opponents of President Recep Tayyip Erdogan living abroad has taken a new turn after his spokesman threatened to conduct operations in the U.S., similar to the ones which took place in Moldova, Ukraine, Kosovo, Malaysia, Gabon and a number of other countries.

Ankara’s indulgence in risky and bold operations, in clear disregard and violation of international norms, have already aroused controversy and a state of tension with its allies and the countries where such kidnappings or captures occurred. As recently as in September, the Turkish National Intelligence Organization (MIT) snatched a group of Turkish teachers critical of the Erdogan government from Moldova after collaboration with the local security agency.

Almost all incidents, without an exception, have stirred political controversy and intense partisan bickering among political parties within countries where Ankara’s long arms involved in controversial security operations to target opponents, mostly affiliated with Gulen Movement, a banned civil society group in Turkey.

Turkey’s assertive and robust push to get Gulen-linked people shows no signs of receding. And after Ibrahim Kalin, President Erdogan’s spokesman, stepped in to declare that Turkey may conduct similar operations on the U.S. soil as well, things would stumble into an uncharted territory and would inject a new layer of uncertainty into an already perilous and tense relationship between the two NATO allies.

Speaking to reporters in Ankara in late September, Kalin vowed that the Turkish government would never relent its campaign against Gulen people. “They will feel Turkey breathing down their neck,” he said.

He went on to say: “Relevant units and institutions will continue their operations in countries where Gulen Movement operates, whether in the U.S. or another country. The Turkish Republic will not let them rest.”

Turkey’s authorities describe the Gulen Movement as a terrorist organization and ascribe the blame for the abortive 2016 coup to the movement, without offering a convincing evidence.

The presence of Fethullah Gulen, the inspired leader of the movement, in the U.S. territory remains a lasting source of friction between Ankara and Washington. Turkey’s numerous attempts and endless demands for the extradition of Gulen from the U.S. have yielded no result so far today. Although Ankara sent countless boxes of documents and dossiers supposedly containing evidence to Washington, the U.S. authorities did not budge their position.

The U.S. officials say Turkey has yet to offer tangible evidence linking Gulen to the coup.

While Turkey’s relentless pursuit of Gulen people in countries with weak rule of law and corrupt governments is a well-known phenomenon, the hint from a senior aide to Erdogan about a potential attempt to snatch people linked with the movement from the U.S. soil is a first of its kind.

This evidently illustrates the zeal and ambition of the Turkish government to get their opponents from anywhere else with little regard for diplomatic ramifications. It also clearly reveals that Ankara, otherwise unanimously and collectively condemned and pressured by its Western allies, would never abate its operations to target Gulen people, even in the U.S.

Kalin’s threat comes on the heels of an ongoing dispute regarding the continuing imprisonment of a U.S. pastor in Turkey. Erdogan already unveiled his plan for a potential prisoner swap to get Gulen back to Turkey in exchange of Pastor Andrew Brunson. But his proposal was bluntly rebuffed by the U.S. officials in 2017.

Kalin’s remarks appear as no mere speculation or wishful thinking. Rather, his statement points to the existence of determination and a certain course of policy on behalf of the Turkish government to haunt Gulen sympathizers in the U.S.

In 2017, the U.S. prosecutors revealed a scheme involving Michael Flynn, former National Security Advisor of President Donald J. Trump, to spirit Gulen away from the U.S. territory. Foreign Minister Mevlut Cavusoglu, former Energy Minister Berat Albayrak, Turkish envoy to the U.S. and a former CIA chief were also present during the discussion of a plan to smuggle Gulen. Flynn also lobbied on behalf of Ankara for the extradition of Gulen.

Against this backdrop, Kalin’s threatening remarks have taken a special meaning and context. The Turkish government has already expertly versed in the business of overseas operations to capture Erdogan’s opponents. The U.S. authorities should keep an eye on this possibility and would remain alarmed in the face of threats for conducting similar operations on the U.S. soil.

We write you to emphasize our great concern about such threats and urge the U.S. authorities to seek clarification from the Turkish administration over Kalin’s threatening remarks. In this respect, the State Department may summon the Turkish Ambassador to the U.S. to demand further elaboration and elucidation of Kalin’s remarks.

Separately, we request from the U.S. law enforcement agencies to pay extra attention to the situation and keep a closer eye on any suspicious moves or acts of pro-Erdogan Turks living in the U.S. with regard to the security and wellbeing of Gulen Movement sympathizers across the U.S.

We request from the U.S. authorities to pay extra attention to this situation in the U.S. with regard to the security and wellbeing of Gulen Movement sympathizers across the U.S.

Download the sample letter for your local authorities as a word document:
https://silencedturkey.org/wp-content/uploads/2018/10/Senator-Letter.docx

You can find your U.S Senator from the link below.

You can find your U.S Representatives from the link below.

We also request from the U.S. law enforcement agencies to pay extra attention to the situation and keep a closer eye on any suspicious moves or acts of pro-Erdogan Turks living in the U.S. with regard to the security and wellbeing of Gulen Movement sympathizers across the U.S.

Download the sample letter for your local Law Enforcement authorities as a word document:

We urge everyone to take action. Express your views or send attached statement to following addresses:

News articles on the raid: 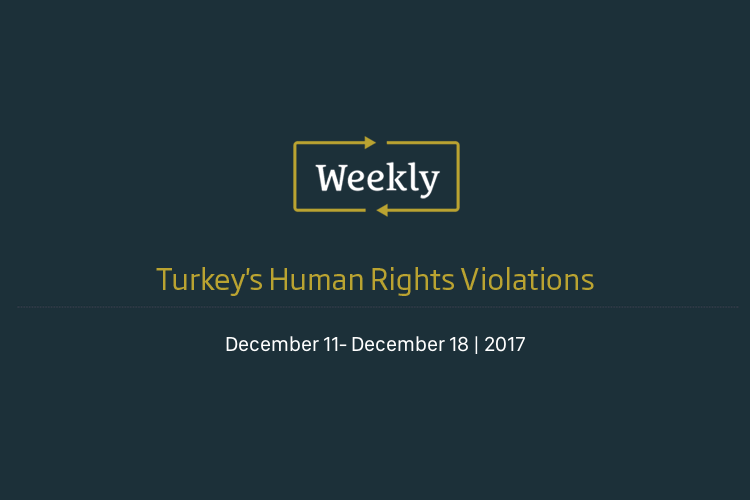 9-“Erdoğan calls on people to show no mercy to Gülen movement”
https://www.turkishminute.com/2017/12/16/erdogan-calls-on-people-to-show-no-mercy-to-gulen-movement/

11-“Deputy PM threatens main opposition leader: He will be harmed if he doesn’t give up”
https://www.turkishminute.com/2017/12/17/minister-threatens-main-opposition-leader-he-will-be-harmed-if-he-doesnt-give-up/

21-“Turkey boosting prison capacity to be able to jail 345,000 people in 5 years”
https://turkeypurge.com/turkey-boosting-prison-capacity-able-jail-345000-people-5-years

22-“8 including children, academics detained while on way to escape to Greece”
https://turkeypurge.com/8-including-children-academics-detained-way-escape-greece

23-“Architect, son given 14 months in jail for insulting Erdogan”
https://turkeypurge.com/architect-son-given-14-months-jail-insulting-erdogan

30-“Gendarmerie detain 13 people aged between 40 to 90 in Kurdish village”
https://turkeypurge.com/gendarmerie-detained-13-people-aged-40-90-kurdish-village

34-“4 teachers given prison sentences of up to 10 years over coup charges”
https://turkeypurge.com/4-teachers-given-prison-sentences-10-years-coup-charges