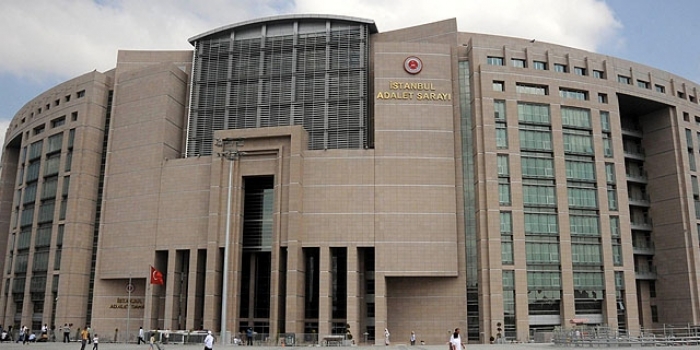 Following the attempted coup, very extensive suspensions, dismissals, and arrests took place in Turkey. There are numerous reports of extremely serious human rights violations, including alleged widespread ill-treatment and torture of detainees. The crackdown has continued since and has been broadened to all opposition voices. The measures affected the whole spectrum of society, with a particular impact on the judiciary, police, gendarmerie, military, civil service, local authorities, academia, teachers, lawyers, the media and the business community. Human rights authorities across the World are gravely concerned about the degradation of the rule of law and democracy unfolding in Turkey.

Under the rule of law, everyone is considered innocent until proven guilty. In Turkey, it’s now the opposite. People from all across the ideological spectrum have been baselessly charged with crimes and expected to prove their innocence. If there is no rule of law, then there is neither order nor democracy. Turkey is, unfortunately, moving away from democracy and heading toward
authoritarianism.

Turkey ranked among the Worst 15 among 113 Countries on Rule of Law Index published in 2016 by the World Justice Project, trailing Iran and Russia.
Source: https://worldjusticeproject.org/sites/default/files/documents/RoLI_Final-Digital_0.pdf

WJP Rule of Law Index
The WJP Rule of Law Index provides original, impartial data on how the rule of law is experienced in everyday life in 113 countries around the globe. It is the most comprehensive index of its kind. To date, more than 270,000 citizens and experts have been interviewed worldwide. Index findings have been referenced by heads of state, chief justices, business leaders, public officials, and the press, including media outlets in over 125 countries worldwide.

“No Rule of Law” brings “Absolute Human Rights Violations”
The following are excerpts from expert comments and watchdog reports on the establishment of political control over Turkish judiciary by Turkey’s ruling party:

U.S. State Department’s Human Rights Report 2014:
Impunity and weak administration of justice: The judiciary and law enforcement agencies were politicized, giving the appearance of impropriety and bias. The government reassigned thousands of police and prosecutors in response to an anti-corruption investigation they were conducting of a number of senior government officials and their families, and the prosecutors who initiated the investigation were suspended. The government closed the investigation and destroyed evidence that was gathered; many police officers involved in the investigation were accused publicly of a conspiracy to overthrow the government. Very few police were prosecuted for excessive force that led to dozens of deaths and scores of injuries among demonstrators in 2013 and 2014. The executive branch took greater control over the bodies responsible for judicial appointments and discipline and created a new set of courts in which single judges wield extraordinary powers and to which it assigned politically sensitive cases, which had a chilling effect on potential future investigations of politically connected persons. Wide leeway granted to prosecutors and judges contributed to inconsistent court verdicts. Authorities applied the broad antiterror law extensively with little transparency and continued to engage in arbitrary arrests, hold detainees for lengthy and indefinite periods, and conduct extended trials.
Source: http://www.state.gov/documents/organization/236798.pdf
http://www.state.gov/j/drl/rls/hrrpt/humanrightsreport/ – wrapper

Human Rights Watch, World Report 2015, Chapter on Turkey:
“In the name of reducing the alleged influence of the Gülen movement in the justice system, the government took steps to bring the police, prosecutors, and judges under greater executive control. The government oversaw the mass reassignment or demotion of judges, prosecutors, and police, including all those involved in the corruption investigations. It adopted a law in February to restructure the Higher Board of Judges and Prosecutors (Hâkimler ve Savcılar Yüksek Kurulu, HSYK) responsible for the administration of the judiciary, to tie it closer to the executive, and created in July a new category of criminal judges of the peace responsible for key decisions at the criminal investigation stage.
In April, the Constitutional Court partially quashed key provisions of the HSYK law concerning enhanced powers for the Minister of Justice on the grounds that they violated the separation of powers in important respects, threatened judicial independence, and opened the way to political pressure on the judiciary.”
Source: https://www.hrw.org/world-report/2015/country-chapters/turkey

Amnesty International: Annual Report 2015/16, Chapter on Turkey
“Politically motivated appointments and transfers of judges and prosecutors continued throughout the year, wreaking havoc on a judiciary already lacking independence and impartiality. Criminal Courts of Peace – with jurisdiction over the conduct of criminal investigations, such as pre-charge detention and pre-trial detention decisions, seizure of property and appeals against these decisions – came under increasing government control.”
Source: https://www.amnesty.org/en/countries/europe-and-central-asia/turkey/report-turkey/

European Union Progress Report
“Independence of the judiciary and the principle of separation of powers have been undermined since 2014 and judges and prosecutors have been under strong political pressure.”
Source:http://www.theguardian.com/world/2015/nov/10/turkey-criticised-over-media-freedoms-and-judicial-independence-in-eu-report

British Legal Experts Lord Woolf, Sir Jeffrey Jowell, Sir Edward Garnier:
“Since December 2013, the government has taken unprecedented steps to exert executive control over Turkey’s judiciary, to interfere with and derail the corruption investigation, to stifle criticism in the media and on the Internet.“
“The government has brought the main institution responsible for the judiciary, the High Council of Judges and Prosecutors, under its control by purging its members of anyone suspected of opposing the AKP government.”
Source:http://www.onebrickcourt.com/files/REPORT_ON_THE_RULE_OF_LAW_FINAL_FINAL_240815_27622.pdf

Ergun Ozbudun, Professor of Political Science and Constitutional Law at Sehir University:
“AKP government’s establishment of its control over the judiciary will certainly lead to a wider use of selective application of the law”. In Pending Challenges in Turkey’s Judiciary, January 2015 Policy Brief published jointly by Istituto Affari Internazionali, Rome, Italy.
Source: http://www.iai.it/en/pubblicazioni/pending-challenges-turkeys-judiciary

Hasim Kilic, Former Chief Justice at Turkey’s Constitutional Court:
Constitutional Court chairman Hasim Kilic, who announced he was retiring a month early, said the government’s “extraordinary interest” in the court’s affairs was undermining judicial independence. “Everybody knows the political views of judges and prosecutors, even in the remotest villages of the country. We cannot move forward with such a judiciary,” Kilic said. “The judiciary is not an instrument of revenge, it is not anyone’s tool to achieve their aims,” he told a news conference in Ankara.
Source: http://www.theguardian.com/world/2015/feb/11/turkish-courts-being-turned-into-revenge-instruments-says-outgoing-top-judge

Hikmet Sami Turk, Former Minister of Justice:
“The judicial system that the government is trying to establish is unconstitutional and against the basic principles of law.”
Source: http://www.todayszaman.com/anasayfa_pm-erdogan-confesses-to-creating-super-judges-for-anti-hizmet-plot_353671.html

Riza Turmen, a Former Judge at the European Court of Human Rights (ECtHR):
“Turkey has a serious regime problem; it is not a democracy – you can probably call it ‘elected authoritarianism.’ It is a majoritarian and hegemonic system,”
“There is a structural problem regarding the establishment of magistrate courts (penal courts of peace or criminal justices of peace, or sulh ceza hakimlikleri in Turkish) that was created with Law No. 6545, “The law amending the Turkish Criminal Code and other laws” adopted on June 18, 2014, with an omnibus law that was adopted in 2014. The creation of such special courts is incompatible with the principle of natural justice enshrined in Article 37 of the Constitution [which states: “no one shall be put to trial before a body other than the court he/she is legally subject to. No extraordinary judicial bodies shall be established that would lead to putting a person to trial before a body other than the court he/she is legally subject to.”]
These special magistrate courts have extensive powers to take all decisions related to the conduct of criminal investigations, such as detention, arrest, release and seizure of property. It is almost impossible to appeal their decisions because there is a closed-circuit system contrary to fair trial principles. Only another special magistrate court can review their decisions. As long as those magistrate courts exist, the chaotic judicial decisions will continue.”
Source: http://www.todayszaman.com/anasayfa_former-ecthr-judge-turmen-journalist-police-officers-should-have-been-released_379690.html

Nils Muižnieks, the Council of Europe’s Commissioner for Human Rights:
The top human rights official at a pan-European body has added his voice to critics of newly adopted legislation tightening government control over Turkey’s legal system, even though Ankara defended its move and said it had no alternative.
“This will significantly increase the influence of the executive, raising more concerns about undue political interference on the judiciary,”
Source: http://www.ft.com/cms/s/0/6e6b4b0e-97fa-11e3-8c0e-00144feab7de.html

Your ticket for the: Demise of Turkish Judiciary