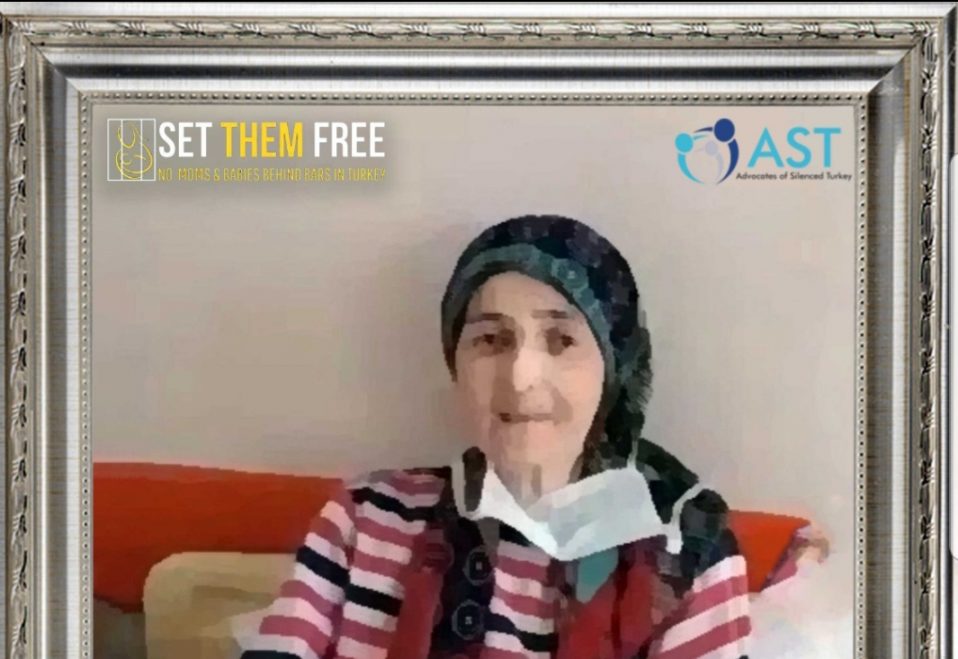 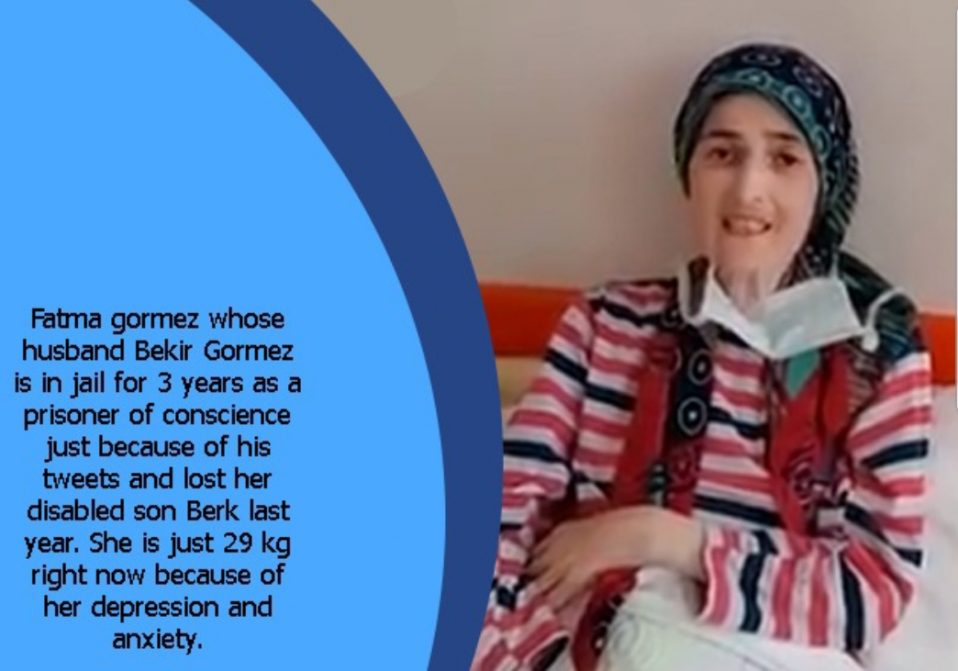 According turkishminute.com, Fatma Gormez, a former teacher who was removed from her job in the aftermath of a failed coup in Turkey in July 2016, now weighs only 29 kilograms due to a series of health problems, Fatma is calling for the release of her husband to enable her to continue living via a video message posted on Twitter.[1] (Bekir Gormez is accused of allegedly posting tweets on his account.)

Stockholm Center for Freedom reports that Berk Gormez, a 14-year-old disabled son of that couple who were both purged, lost his life in January 2018. Berk’s father, Bekir Gormez was not permitted to visit him for the last 17 months despite of his and his mother’s severe health problems.[1] During the funeral of Berk, Bekir Gormez was not allowed to take his handcuffs off.

Given the arbitrary detentions of thousands of people due to lack of rule of law in Turkey, hundreds of thousands of people, including family members, are being affected and exposed to severe human rights violations. Omer Faruk Gergerlioglu, HDP MP, stated on Twitter through his personal account that the case of Fatma Gormez was submitted to Supreme Court requesting her husband’s release by the court pending his trial.

We strongly urge the Turkish government to take the case of Fatma Gormez into consideration immediate effectively and release her husband on conditions of trial without arrest. 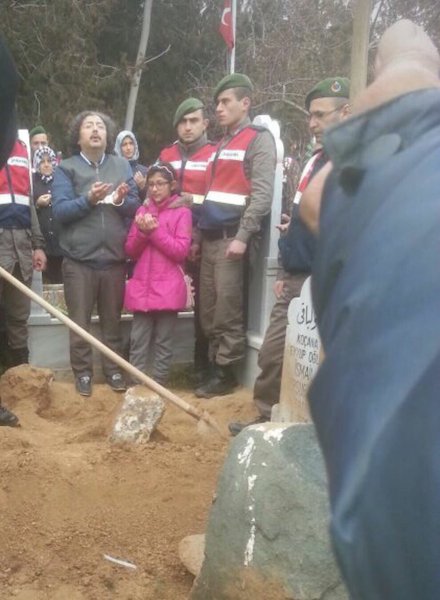