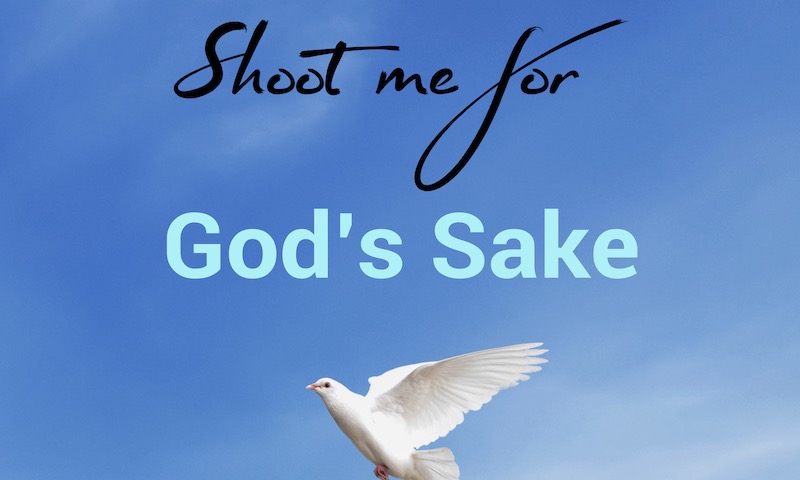 Shoot Me For God’s Sake

The only crime and criminals the young woman ever saw were in movies. Suddenly, she found herself in prison without any evidence of a crime. When she had a severe nervous breakdown because she was unable to bear the separation from her two little children, the head guard in prison threatened her with sending her to a mental hospital.

She never shed a tear again. When she was released and pending trial, she found out that her mother was diagnosed with cancer, due to suffering from intense grief. Afterward, she faced the risk of being imprisoned again, in violation of the rule of law, she had no other choice but to leave her beloved country together with her husband and children.
They found freedom in Greece, but new challenges were on the horizon. Unfortunately, she was shocked by her little son’s illness. You will witness the story of Birgül – in her own words – who was imprisoned at a young age, left her country by crossing the borders via dangerous routes, and felt the pain of her loved ones. 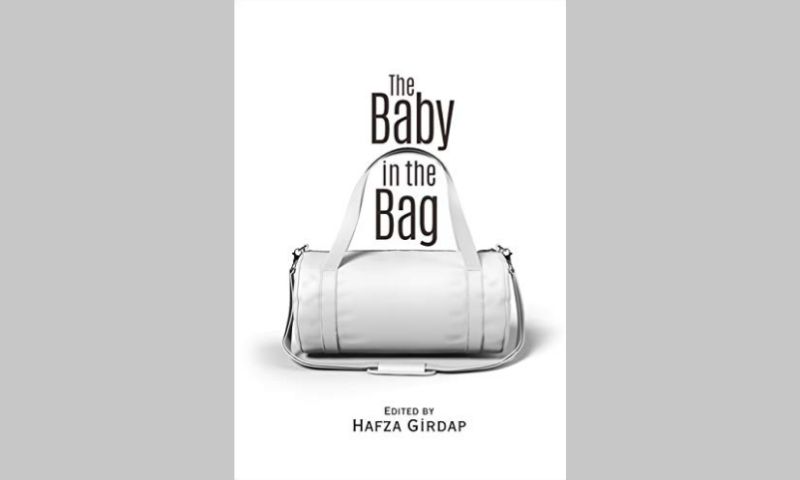 The Baby in the Bag

“The Baby in the Bag” is a compilation of four riveting first-hand accounts of refugees from modern-day Turkey. Their homelands rapidly turned into open-air prisons that persecuted them for crimes that they had not committed. They stood strong in the face of employment termination, harassment, persecution, incarceration, smuggling, and death in order to defy all odds and find freedom in faraway lands. Their narratives sound more like movies than lived experiences, yet they are the stories of thousands of innocent people.
The title refers to the book’s flagship story of the same name, an intense story of a mother’s requirement to hide her newborn in a duffel bag in order to safely escape Turkey. Join our heroes on their journeys as they search desperately for some of life’s most important treasures; family, freedom, liberty, and happiness. 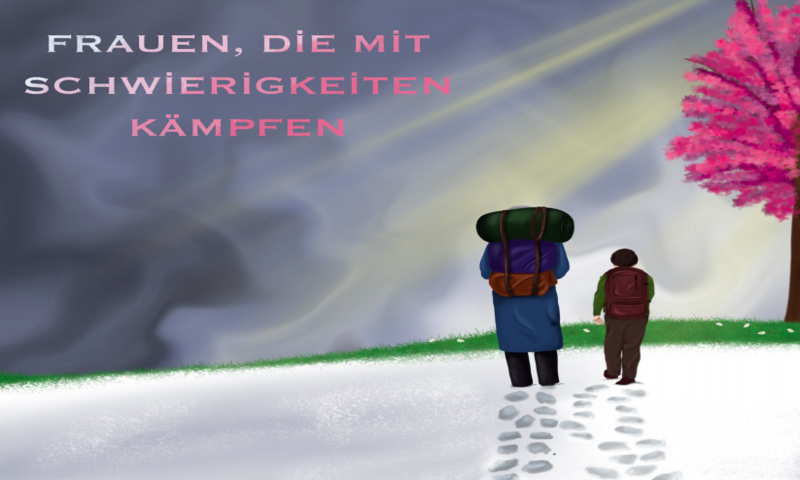 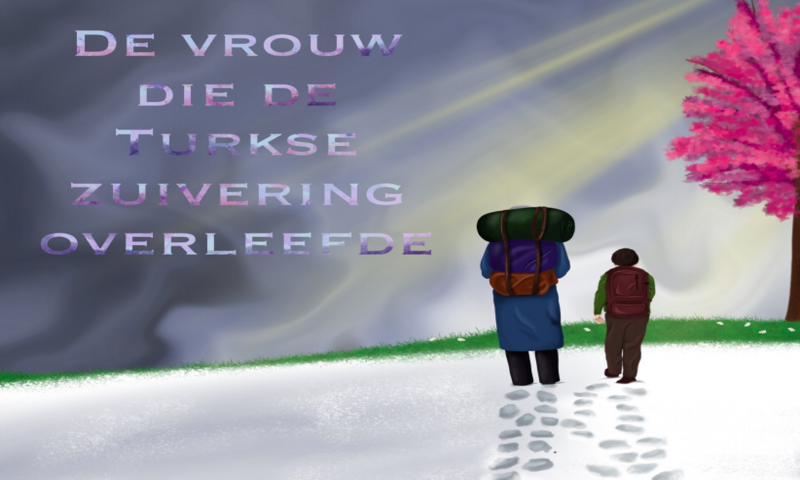 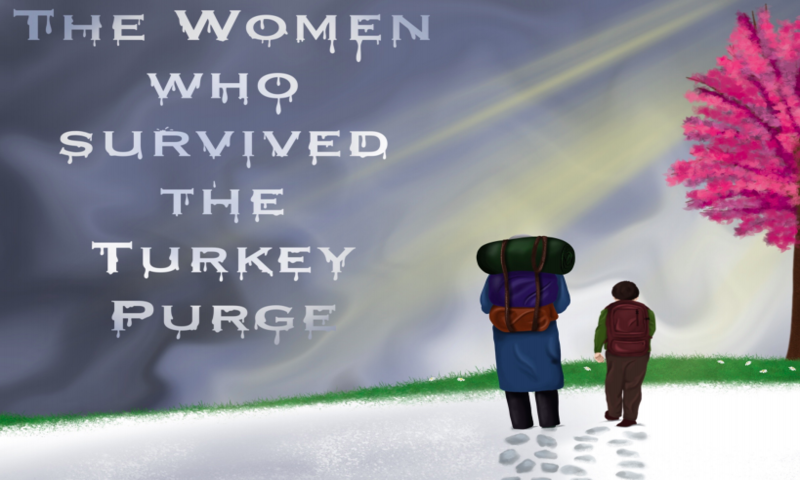 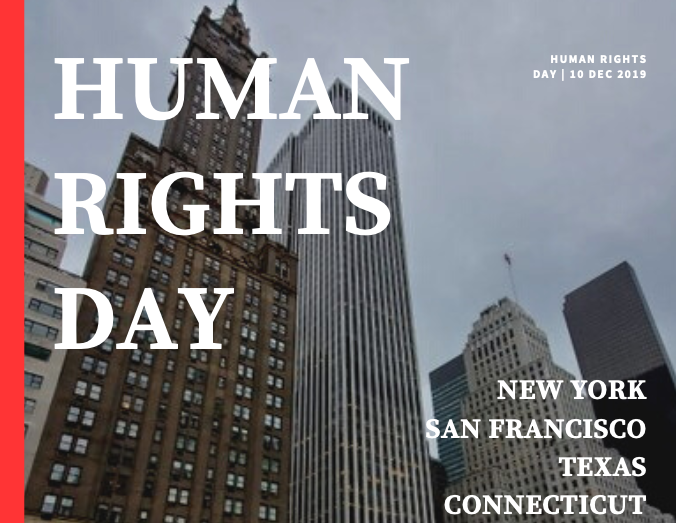 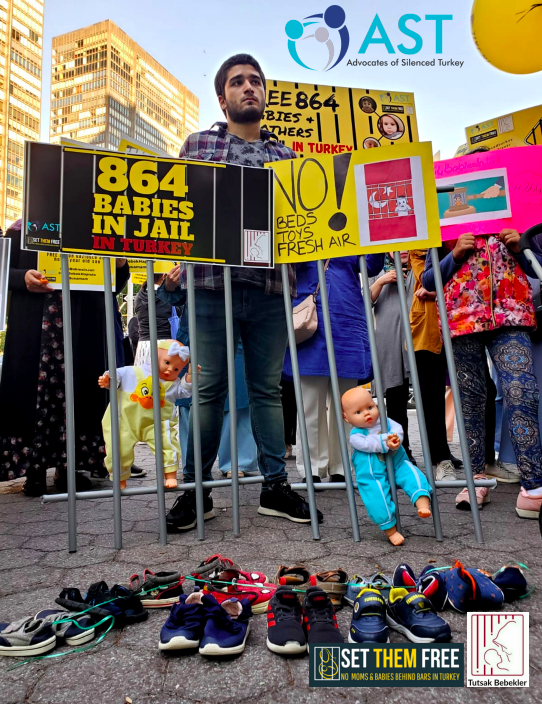 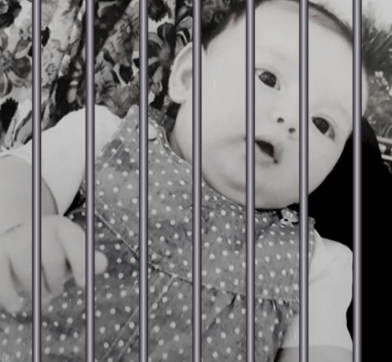 Elif Zumra and her mother are in jail in Turkey. 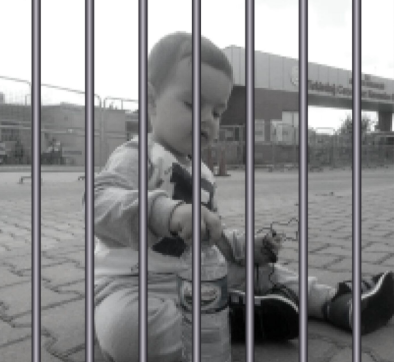 Aynur Gazioglu and her 2 years old son are in jail in Turkey. 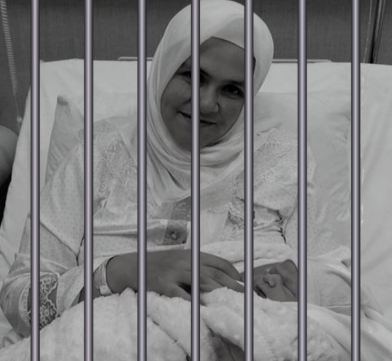 Ayse Seyma Tas and her newborn Baby (just a month) are in jail in Turkey.

Your ticket for the: Ayse Seyma Tas Poster