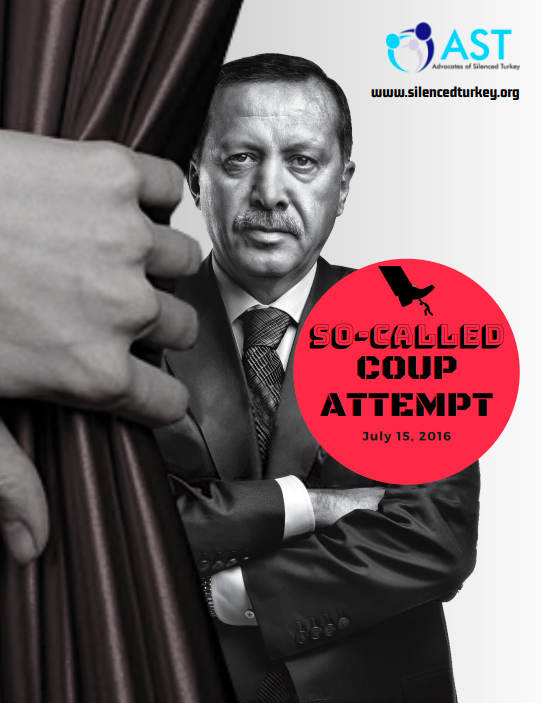 The date of July 15, 2016, has become, without a doubt, one of the most significant turning points in the history of the Republic of Turkey and thus calls for extensive discourse and deliberation. July 15 is truly such a bizarre incident, one that has been personally described by the alleged July 15 victim (!) President and General Director of the Justice and Development (AK) Party, Mr. Recep Tayyip Erdogan, as being a “blessing from God”; one bizarre incident that has been used as justification—by way of taking  advantage of the atmosphere of coup and terror—to establish a one-man regime by seizing control of all democratic institutions including the Turkish Grand National Assembly, the government, and the judicial system; one truly bizarre incident of which the clearing of speculations surrounding it has been hindered by its “victim” (!) himself.

Your ticket for the: So-Called Coup Attempt, July 15th