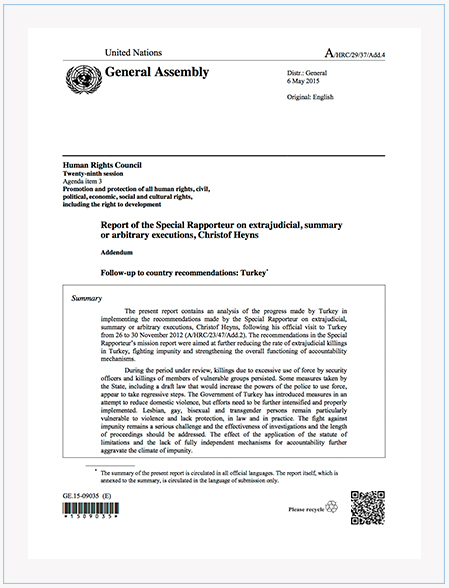 In the aftermath of the coup attempt, the government declared a state of emergency, announced derogation under the International Covenant on Civil and Political Rights and the European Convention on Human Rights, and adopted a series of decrees, which, it averred, were meant to address the security threats that gave rise to the coup attempt. Those decrees supplemented an already dense network of anti-terrorism laws and proscriptions on expression, such as expression critical of the president and other government officials. Cumulatively, the laws preceding the coup attempt and those that followed give authorities broad and increasingly unreviewable discretion to take measures against the press, writers, universities, jurists, civil servants, human rights defenders and many others. They have established one of the worst environments for freedom of expression in Turkey in decades, if not one that is unprecedented in its modern history. The Special Rapporteur urges the Government to release all those detained in recent years on the basis of their exercise of the right to freedom of expression. Read More

Your ticket for the: Report of the Special Rapporteur on the promotion and protection of the right to freedom of opinion and expression on his mission to Turkey