STATEMENT ON MISSING TEACHERS IN AFGHANISTAN 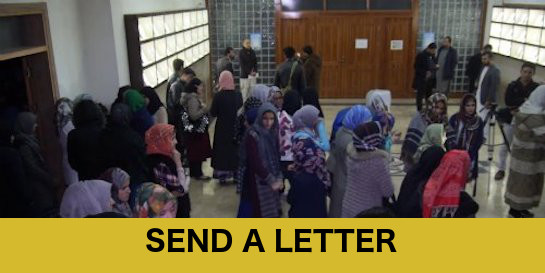 The National Directorate of Security (NDS), Afghan intelligence agency, abducted four teachers including one Afghan and three Turkish nationals from one of the schools run by the Afghan Turk CAG Educational NGO (ATCE) on 12 December 2017. Families and friends of the teachers have indicated they are very much worried that there has not been any sign regarding their whereabouts. The ATCE was founded by Gulen inspired Turkish businessmen and teachers and has been running several schools in different cities of Afghanistan since 1995. Despite all the difficulties in the region, the ATCE has continued to maintain its services believing that education is the only way to overcome those difficulties.

Former Deputy Minister of Education, Sediq Patman classified the situation as “politically motivated and unethical.” Former NDS chief has also defined the move as unprecedented in recent years, also as a shameful act for the government. According to former government officials, the raid by the NDS was illegal in the sense that the security forces have been used by the government leaders for political objectives. Despite these statements, there has not been an official comment on the incidence, neither by the government nor the intelligence agency.

Moreover, Afghan President Ashraf Ghani traveled to Istanbul a day before the incidence (12/11/17) to attend a summit organized by the Organization of Islamic Cooperation. Ministry of Education said, “it was satisfied with the functioning of these schools, but decision on their fate rested with President Ghani.” Reportedly few days before the operation, the Turkish government announced arrest warrant on teachers’ name for taking part in the so-called coup attempt. Documents indicate that the UN has provided asylum protection to one of the abducted teachers and asked authorities not to extradite him to Turkey.

The operation against the ATCE is part of a Turkish campaign against the followers of Fethullah Gulen who is a Turkish cleric which lives in self-imposed exile in the U.S. He promotes a moderate form of Islam, supports inter-faith communication and inspires to promote education in different parts of the world. Turkish President Recep Tayyip Erdogan accuses him of orchestrating the failed coup-attempt. Mr. Gulen has strongly been denying all the allegations.

As the Advocates of Silenced Turkey, we strongly ask the government of Afghanistan to step back and release the teachers immediately. We also invite all international organizations and everyone caring about human rights and fundamental freedoms to speak out to create awareness and also to take urgent action against such an abduction towards the teachers as it violates many human rights enshrined by international human rights law. Number of cases of illegal abductions committed at the request of the Turkish government have been increasing day by day. The situation is likely to get worse if we do not protect the victims. Therefore, we lastly urge President Erdogan to stop resorting to illegal ways to clampdown innocent people.

Please send a letter to your representatives, relevant individuals or organization regarding the illegal abductions of members of Gulen Movement. A letter sample is attached as a word document: AST_Letter_Urgent Appeal regarding Turkish Teachers in Afghanistan

Your ticket for the: STATEMENT ON MISSING TEACHERS IN AFGHANISTAN

STATEMENT ON MISSING TEACHERS IN AFGHANISTAN