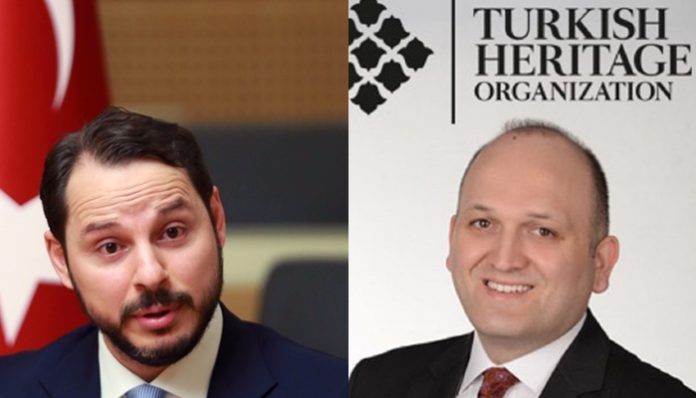 An email included in Wikileaks’ Monday publication of the leaked emails of Berat Albayrak, President Recep Tayyip Erdoğan’s son-in-law and Turkey’s minister of energy, shows that Albayrak fabricated news with pro-government people in the United States in order to defame the Gülen movement in the US media.

An email from Halil Danışmaz, the executive director of the Turkish Heritage Foundation, a pro-Justice and Development Party (AKP) think tank in the US, to Albayrak show that Danışmaz said that “the following story is ours” and forwarded a news story defaming the Gülen movement, published on the Washington-based Daily Caller website in November 2015.

The story, reported by Chuck Ross, was titled “Followers Of A Mysterious Turkish Islamic Cleric Have Donated Heavily To Hillary’s Campaign And Family Charity.”

The story claimed that a businessman close to Pennsylvania-based Turkish scholar Fethullah Gülen, who is the inspiration for the Gülen movement, donated between $500,001 and $1,000,000 to the Clinton Foundation.

After Turkish hacker group RedHack seized the email account of Albayrak and disclosed the contents, it was revealed that Danışmaz was one of the pro-government figures in the United States who worked closely with Albayrak in order to defame Gülen, who Turkish government and President Erdoğan accuse of masterminding a failed coup on July 15.

The ruling AKP and Erdoğan also accuse the Gülen movement of being behind a major graft probe in December 2013 that implicated ministers, politicians, businessmen and people from the inner circles of Erdoğan’s family.

Another of Albayrak’s emails also revealed that the FBI questioned Danışmaz over allegations of spying on behalf of the Turkish government in the US.

Your ticket for the: Leaked emails reveal Erdoğan’s son-in-law’s team fabricated news against Gülen in US