An int’l witch-hunt? ‘Four teachers working in the Afghan-Turkish schools were detained’ 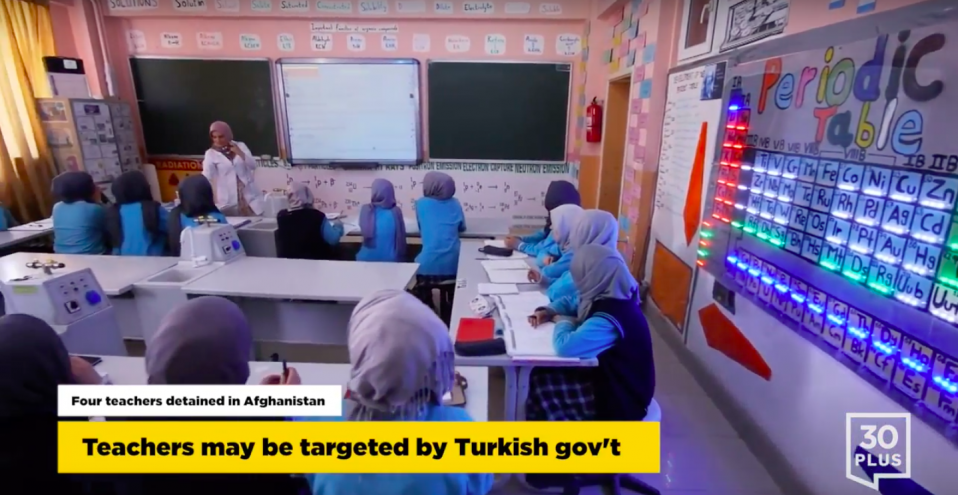 One Afghan and three Turkish teachers linked to the faith-based Gülen movement were detained by Afghan intelligence officials on Tuesday, Reuters reported.

The move against Afghan Turk CAG Educational NGO (ATCE), the organization that runs the schools, appeared to be part of a witch-hunt being waged on followers of Turkish Islamic scholar Fethullah Gülen, accused by the Turkish government of masterminding a coup attempt in July 2016.

The ATCE, which says it is an independent organization, runs schools in several cities including the capital, Kabul, Mazar-i-Sharif, Kandahar and Herat and has been in Afghanistan since 1995.

“Around 7 am, four of our teachers traveling in two different cars were picked up by [Afghan intelligence],” said ATCE Chairman Numan Erdoğan.

Other intelligence officials later went to the group’s girls school nearby looking for another teacher, he said.

He said the men presented themselves as members of the National Directorate of Security (NDS), Afghanistan’s intelligence agency, according to Reuters.

Your ticket for the: An int’l witch-hunt? ‘Four teachers working in the Afghan-Turkish schools were detained’

An int’l witch-hunt? ‘Four teachers working in the Afghan-Turkish schools were detained’