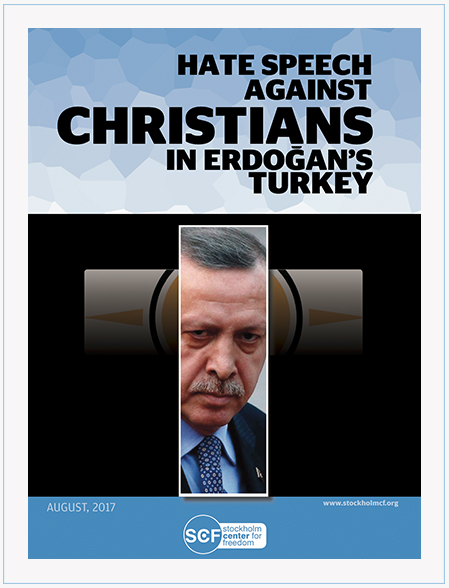 Turkey has seen an unprecedented rise in xenophobic, intolerant and hateful speech by the nation’s political rulers, driven primarily by the outspoken president of Turkey, Recep Tayyip Erdoğan, who uses incessant and vile speech inciting hostility, deepening divisions and expanding polarization in the 80-million-strong nation for short-term political gains. SCF has been documenting cases of hate speech and hate crime that represent a threat to diversity and pluralism in Turkey. As a case study in this report, SCF picked Erdoğan and his associates’ hate speech patterns demonizing Christians in Turkey and abroad. The alarming situation in Turkey amounts to violation of freedom of thought, conscience and religion and thereby puts Turkey in breach of its commitments under the European Convention on Human Rights (ECHR) Read More

Your ticket for the: Hate Speech Against Christians In Erdoğan’s Turkey