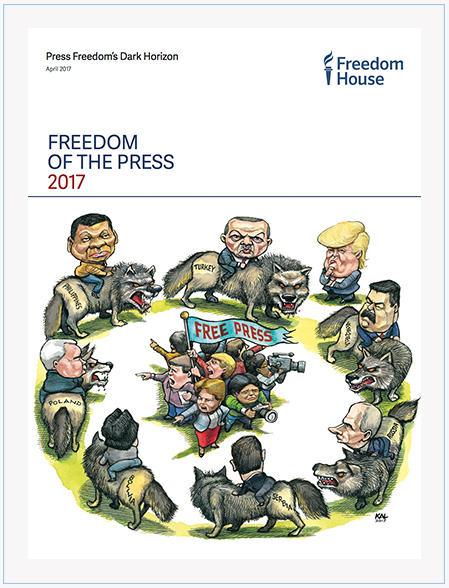 President Recep Tayyip Erdoğan and his Justice and Development Party (AKP) have overseen a substantial decline in press freedom over the past decade, aggressively using the penal code, criminal defamation laws, and antiterrorism legislation to jail large numbers of journalists and punish critical reporting. More than 150 media outlets—including newspapers, television and radio channels, news agencies, magazines, publishing houses, and news websites—were forcibly shut down and had their assets seized in the months following the coup bid. More than 2,700 media workers were fired or forced to resign, hundreds lost their press credentials, an unknown number had their passports revoked and were forbidden from leaving the country, and 54 journalists had their property confiscated Read More

Your ticket for the: Freedom of the Press 2017: Turkey