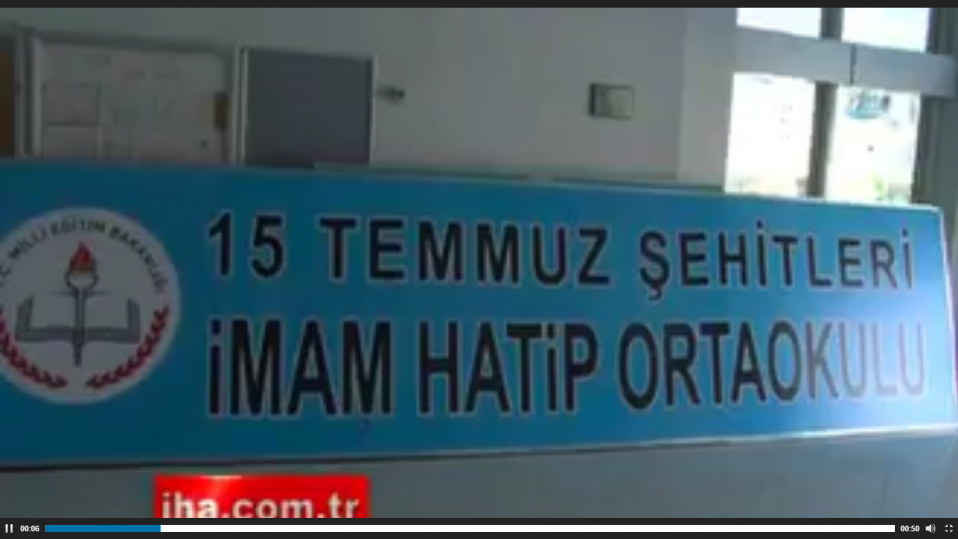 A private school affiliated with the Gulen movement in the eastern province of Van has been turned into a religious vocational schools known as “İmam-hatip” high schools.

In a video footage released on social media on Sunday, Turkish authorities affiliated with the Van Governor’s Office are seen carrying a banner of the religious vocational school that reads “15 Temmuz Şehitleri İmam-Hatip Ortaokulu,” in dedication to the civilians killed while trying to avert the failed coup attempt on the night of July 15.

Your ticket for the: DEO: Turkey turns Gulen-affiliated science school into religious school