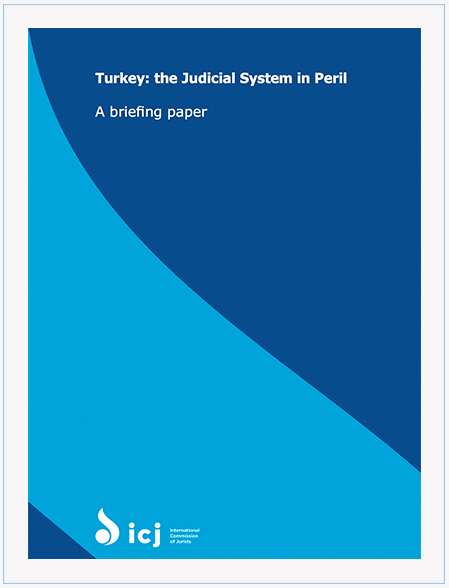 The ICJ raises concerns at measures eroding the independence of the judiciary, prosecution, and legal profession in Turkey, with serious consequences for protection of human rights. It analyses developments in law and practice that have affected the independence of both the governing institutions of the judiciary and prosecution, and the security of tenure and independence of individual judges in practice. It urges the executive and legislative authorities to refrain from all actions and rheto¬ric contrary to the separation of powers, and emphasizes the need to protect the safety of lawyers and other human rights defenders, and to undertake a prompt, thorough and independent investigation into the killing of the President of the Diyarbakir Bar Association, Tahir Elçi. Read More

Your ticket for the: Turkey: the Judicial System in Peril