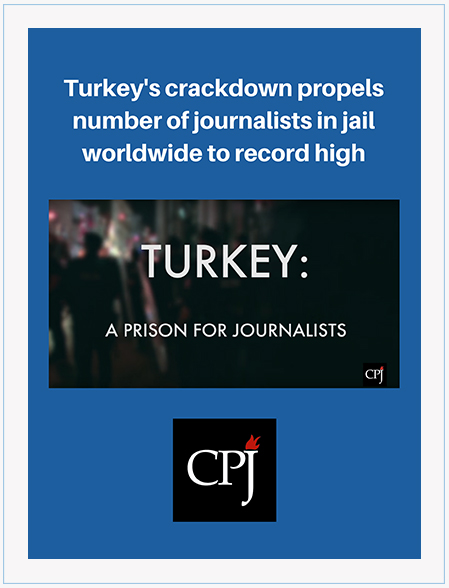 Turkey is experiencing an unprecedented rate of press freedom violations. At least 81 journalists are imprisoned in Turkey, all of them facing anti-state charges, in the wake of an unprecedented crackdown that has included the shuttering of more than 100 news outlets. The 259 journalists in jail worldwide is the highest number recorded since 1990. In Turkey, media freedom was already under siege in early 2016, with authorities arresting, harassing, and expelling journalists and shutting down or taking over news outlets Read More

Your ticket for the: Turkey’s crackdown propels number of journalists in jail worldwide to record high