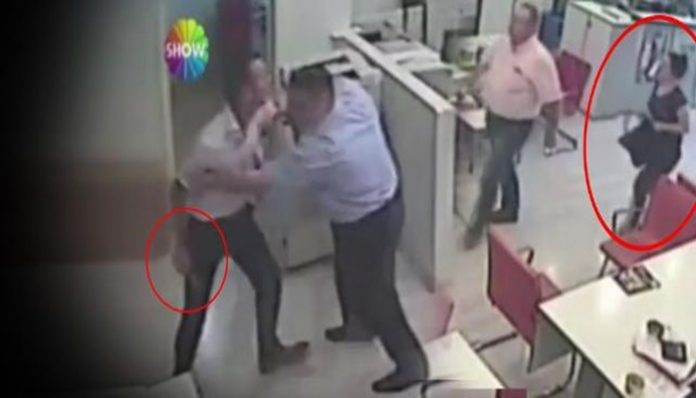 A notary clerk attacked Dr. Nazire Terzi, the widow of Gen. Semih Terzi, who was allegedly part of a coup attempt on July 15 and was killed by another officer, the Cumhuriyet daily reported.

Dr. Terzi reportedly went to a notary public on Aug. 15 for a power of attorney to transfer her assets to another person. But a clerk, Kerem Sağlıklı, recognized her and refused to provide her with the documentA video broadcast by Turkish media shows the clerk Sağlıklı as he tries to attack Terzi with a knife. Bystanders stop him while Terzi leaves the office with a person who had accompanied her. Nazire Terzi was arrested on Aug. 17 for on charges of threatening a notary public for refusing to supply her with a power of attorney.

Your ticket for the: Alleged putschist’s wife attacked at notary public