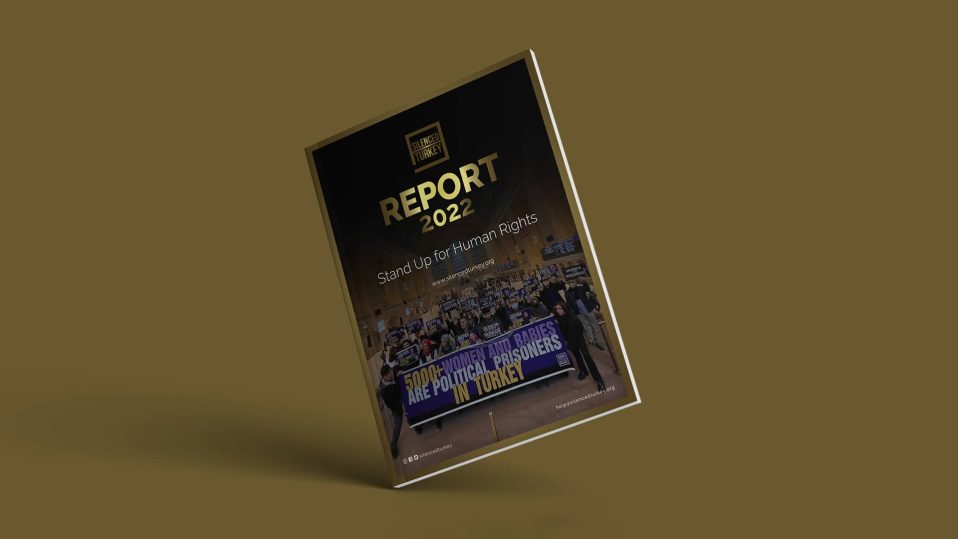 When the Turkish President declared in an infamous speech that “Old Turkey no longer exists. This Turkey is new Turkey”, the story of Turkish authoritarianism had once and for all taken on a new character. Since July of 2016, the Turkish government has improperly imprisoned 160,000+ homemakers, teachers, NGO workers, academics, judges, prosecutors and journalists.

Once upon a time, the Republic of Turkey was lauded by insiders and outsiders for constituting a powerful model for democratization. In New Turkey, however, silence against the regime’s draconian laws, mass imprisonment, and frequent violations of universal human rights has become the norm.

In a regime which ranks as the worst upholder of the rule-of law including Eastern Europe & Central Asia, 200+ media outlets have been shut down and 308 journalists and numerous human rights defenders, politicians, including Ilhan Isbilen, Hidayet Karaca, Buşra Erdal, Selahattin Demirtaş and Osman Kavala are held as political prisoners of the state. As a prominent journalist and recipient of international awards, Ahmet Altan was among the political prisoners who resist the regime’s unlawfulness. He was jailed for ﬁve years as a result of the crackdown on freedom of expression in Turkey.

We are a group of lawyers, judges, academics, journalists, and hundreds of activists who cherish democratic ideals and universal human rights. We are prisoners of conscience wanted by the Erdogan’s regime, relatives of political prisoners, and victims who have lost their jobs, property and even family members to the current administration which has been described as a Maﬁa State. We are the Advocates of Silenced Turkey.

We, the Advocates, have made it our mission to champion the rights of Silenced Turkey until universal human rights and democratic governance are established and sustained as the utmost priorities of the Republic of Turkey. In this regard, we have been the voice of voiceless people of Turkey by means of more than 200 human rights projects. We have shared the stories of the victims of grave human rights violations and persecution in Turkey through the personal belongings of them in The Social Genocide exhibition held in over 4 locations so far. We are also sharing the lives and experiences of persecuted people of Turkey with books. Among those books are the life stories of Gokhan Acikkollu and Halime Gulsu who died of torture in during incarceration in Turkey’s jails. In order to shed light on hideous assaults and rights violations in jails that women face, we have recently conducted a survey which will be reported to international entities and presented in conferences. Furthermore, as AST, we have been gathering prominent human rights experts to only discuss the human rights issues but also recommend solutions at our signature event, the Freedom Convention. For more work we do as human rights defenders please see this report closely.

Thank you for all the support you do to help us achieve our humanity goals!

Your ticket for the: Advocates of Silenced Turkey Report 2022