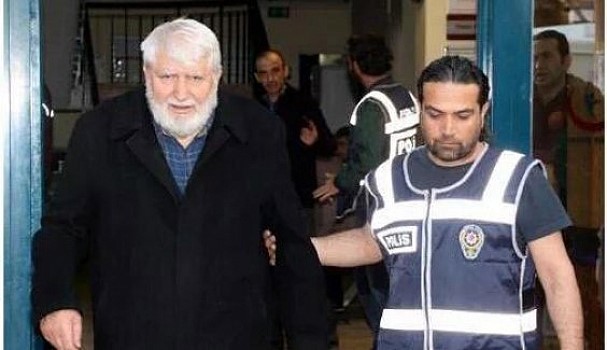 An 80-year-old man who is known to have contributed to charity works pioneered by members of the Gülen movement was arrested on Saturday as part of the Turkish government’s witch-hunt operation targeting members of the movement.

The elderly man, identified as R.K., was recently detained by counterterrorism units in the southern province of Antalya as part of an operation targeting members of the Gülen movement. He was captured by cameras while he was being taken under custody by police. “Record my son, record. It is an honor for us [to be detained for contributing to charity works].”

Since a corruption investigation that implicated figures close to the government, as well as government members themselves, came to public attention on Dec. 17, 2013, there have been many similar police operations carried out targeting shopkeepers, teachers, members of the judiciary, journalists and police officers who are accused of being affiliated with the Gülen movement, also known as the Hizmet movement. The graft probe implicated then-Prime Minister Erdoğan, members of his family and senior Justice and Development Party (AK Party) figures.

Your ticket for the: 80-year-old philanthropist put behind bars in gov’t-backed witch-hunt operation