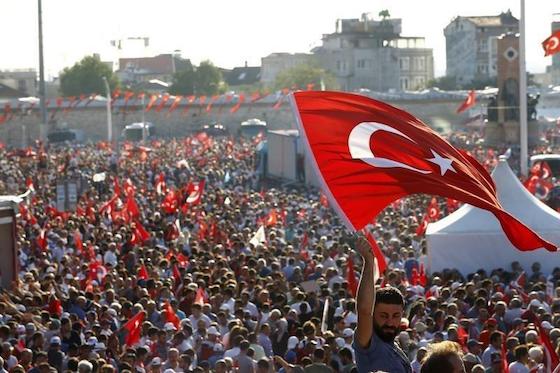 The Supreme Court of Appeals President Ismail Rustu Cirit said there are 6.9 million people who are considered as suspects in judicial investigations according to 2016 data.

“According to judicial record statistics in 2016, there are nearly 6.9 million suspects in our 80-million country. It means 8 percent of the Turkey’s population are suspects, being subject to first-instance investigations,” Cirit said during an Istanbul symposium on Thursday.

More than 130,000 people have passed through police custody over links to the July 15, 2016 coup attempt over the past one and a half year meanwhile 60,000 of them were put in pretrial detention.

Your ticket for the: 7 million people suspects in judicial investigations in Turkey