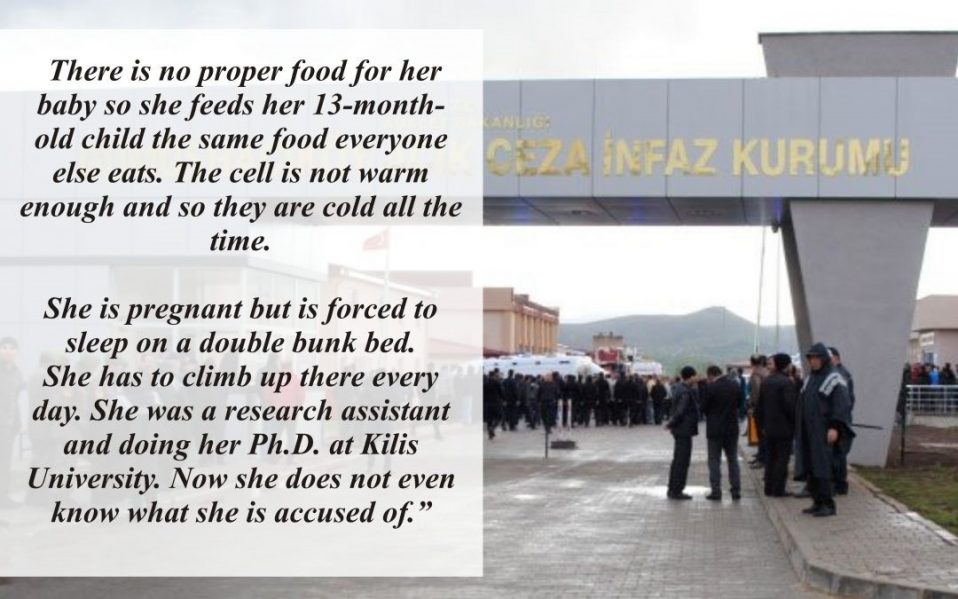 Buket Büyükçelebi, a six-months-pregnant academic with a 13-month-old child has been kept in a 33-person holding cell in a Gaziantep prison for three months, the Haberdar news portal reported on Friday.

Büyükçelebi was a research assistant in the department of economics of Kilis University. She was arrested by Turkish police on July 30 based on the allegations that she was involved in an abortive military coup on July 15 and sent to a prison in the Turkish province of Gaziantep.

According to a witness who asked to remain anonymous, the holding cell in which Büyükçelebi and her 13-month child are staying has only 15 beds and three toilets.

“She stays with 33 other people in a holding cell and in very poor conditions. There is no proper food for her baby so she feeds her 13-month-old child the same food everyone else eats. The cell is not warm enough and so they are cold all the time. She is pregnant but is forced to sleep on a double bunk bed. She has to climb up there every day. She was a research assistant and doing her Ph.D. at Kilis University. Now she does not even know what she is accused of,” the source told the news portal.

Your ticket for the: 6-months pregnant woman with 13-month-old child held in 33-person cell